- September 17, 2017
By Breaking & Follow-up News Reporter
Former president of Nigeria and leader of the opposition Peoples Democratic Party (PDP) has lent his words of advise in the ongoing face between the secessionists Indigenous People of Biafra (IPOB) and the federal government.
Mr Jonathan who spoke via his FaceBook page said the Council of State, which is one of the highest decision making body in the country must quickly step in to proffer solution on how to quell the rising tension.
Last week tension went high in the country as soldiers and Nnamdi Kanu-led IPOB locked horn with soldiers. Lives were reportedly lost and security buildings were burnt down as the IPOB members insist the soldiers routine operation python dance was targetted at their members.
Amidst widespread mix reaction from Nigerians, the military later labelled IPOB a terrorists organisation.
This was later followed by high level proscription of the group by the Soitheast Governors Forum, whicj argued that the activities of IPOB must cease as its leader has losy control of his members who have gradually become wild and a threat to the socioeconomic and political development of the region.
This stance was however condemned by the Ohanaeze Ndigbo, the socio-cultural umbrella body and the highest decision making body of the Igbo tribe in Nigeria. The  Ohanaeze insisted that IPOB was not a terror organization. The body also said the military operation in the zone was not well timed.
President Jonathan, in his Facebook message, said he was disturbed by the reports he was receiving on the IPOB imbroglio.
His full comment reads:
"The reports I have received about recent developments in the country lead me to appeal to all men of good will to use whatever influence they have to push for peaceful coexistence and restraint on all sides", he said.
"Perhaps it is time for the Council of State to intervene and offer its wise counsel.
"Irrespective of whatever provocation, Nigerians must never turn on each other. Even in the face of difficult circumstances, we must have faith that God in His infinite wisdom will guide us to finding a way out that is fair and just to all concerned.
"In as much as there may be a need to enforce order, there is a greater need to reinforce our humanity and treat Nigerian citizens humanely whether they be from the North or South.
"Nothing justifies the desecration and destruction of religious places of worship or a police station. But even more so, nothing justifies the endangering of human life. Let us exchange ideas instead of exchanging insults and threats.
"Nigeria is going through tough times because God wants us to grow through tough times. We must be resolute as a people even as we know that it is impossible to deny the brotherhood of all Nigerians after over a century of a shared commonwealth". 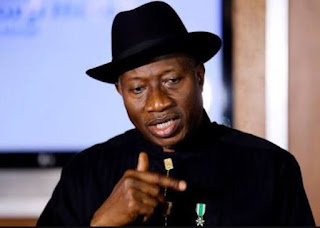