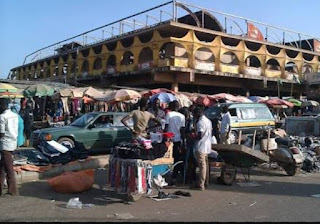 Residents of Jos, Plateau state capital have resumed their normal daily activity that was put on hold for about four daya following a panic pandemonium that was ignited by the conflict between soldiers and the Independent People of Biafra (IPOB) a secessionists group in southeast Nigeria.

The governor of Plateau State, Simon Lalong, announcee via statement that the dusk to dawn curfew imposed on Jos and Bukuru metropolis from 10 p.m. to 6:00 a.m. has been reviewed.

Plateau state government had on Thursday declared a dusk to dawn curfew following the panic in Jos as IPOB violence ‎in Abia State spilled in Jos.

The reviewed curfew was announcee in the press statement quotef below:

"The Executive Governor of Plateau State, Simon Bako Lalong, having considered the improvement in the state of security, since the unfortunate incidence of Thursday, September 14, 2017 which necessitated the imposition of a dusk to dawn curfew, has with effect from Sunday the September 17, 2017 approved the relaxation of the Curfew from 10pm daily to 6am of the subsequent day until further notice.

"The executive governor wishes to appreciate the swift response of security personnel and the wide spread community consultative meetings held by various community and religious leaders, which have come out with renewed commitments and resolves of all and sundry to be law abiding and peaceful"

A resident of Jos, Abdulrasheed Babatunde, told BnF-News on phone that "we thank God that the curfew now has been reviewed to 10pm daily. Everyone is now out for his or her daily activity. We hope the curfew be lifted completely soon"