Governor of Borno State Kashim Shettima on Saturday hosted the leadership of Igbo Welfare Association (IWA) to a meeting where issues concerning safety and security in the face of the Indigenous People of Biafra (IPOB) crisis. 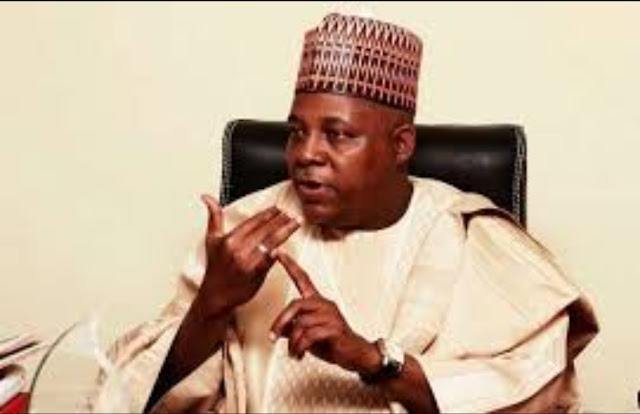 The Igbo chiftains were led to the meeting at the Government House Maiduguri by their state President General, Chief Marklaw Nwaogwu.

Governor Kashim Shettima, who was out of town at the time of the meeting was represented by his Deputy, Usman Durkwa.

The Deputy Governor reechoed the age-long  cordial relationship that existed between the Igbos and the diverse ethnic groups in Borno state.

"Government is working closely with our security agencies, ensure safety of all citizens, and i urge you to inform your people who were not here with us, that the unity and oneness of this country is very paramount for the progress and development.

"The people of Borno state have suffered a lot for the past eight years, and as such, we will not condone any breach of law and order that will undermine the relative peace achieved so far in this part of the country.

"We equally use this Forum to thank President Muhammadu Buhari for his political will to end the Boko Haram insurgency and the gallant effort of our Military Personnel, other security agencies and our Civilian JTF in the fight against insurgency in the state". Durkwa stated.

Borno IWA President said he appreciated the leadership style of Borno state Governor Shettima whose fatherly role in uniting the people in the state irrespective of ethnic and religious consideration has been legendary. 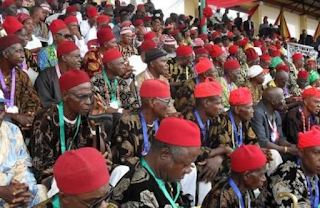 He recalled that "even when Coalition of Arewa Youths Forum issued an Ultimatum for Igbos to quit the North by 1st October 2017, Governor Shettima who is the Chairman of Northern Governors Forum reacted and condemned such 'quit notice'.

"We Igbo community are proud to be citizens of Borno, since time immemorial, we have interwooven with all the diverse people of Borno who are peace-loving, and resolved not to engage in anything that will jeopardise the hard earned peace in the state.

"We are really not happy with unfortunate happenings in the South East, and we here in Borno, in as much as we condemned the agitations, we also stand with resolutions of our Governors in the South East". Nwaogu stated.

The meeting was attended by all security service chiefs in the state.

Borno is among the few northern Nigerian states where the non-endigenous settlers were not allocated any special residential quarters popularly known as Sabon-Gari or Tudun Wada.

It was related historically that when the Igbo leaders in the staye requested for a Sabon Gari to enable them develop their properties, the then Shehu of Borno, His Royal highness, Mustapha Umar Elkanemi turned down the request as he urged them to mix up with the natives in order to develop ethnic cohession.
It was in the philosophy of the late monarch that creating a Sabon Gari for the nonindigenes would only promote divisiveness and negative ethnic profiling.