The  Nigeria army on Friday issued an elaborate situation report on the ongoing Operation Egwu Eke II (python dance 2) in the southeast of Nigeria, saying that the exercise was so far a huge success. 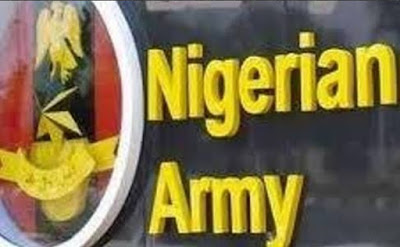 Deputy Director, Army Public Relations, at 82 Division, Colonel Sagir Musa, made this known in a press statement. He said the exercise that commenced on 15th September 2017 has so far yielded positive results in terms of improving security.

Top amongst the catalogue of succeases enumerated in the statement was quieting of the activities of Indigenous People of Biafra (IPOB) as led by secessionist Nnamdi Kanu.

"Similarly, the outlawed Biafra terrorists group presence is no longer visible and people go about their normal businesses without fear, let or hindrance". .

Another major achievement said to be recorded was the free medical outreach launched by the Chief of Army Staff, Lieutenant General Tukur Buratai in Eboyin state, which has benefitted well over 2000 patients who were treated of various ailments and medical conditions.

Colonel Sagir further  mentioned that the Python Dance exercise which synergises all the security outfits towards tackling crime in the region led to the raids of locations and hideouts of kidnappers and robbery gangs who were arrested enmass.

Following the commencement of Exercise EGWU EKE II on Friday 15th September 2017 in 82 Division Area of Responsibility, simultaneous activities have started in Abia, Anambra, Ebonyi, Enugu, Imo and Cross River States without hitch. The essence of the exercise is to enhance troops' preparedness and proficiency in dealing with emerging security challenges peculiar to the South-Eastern Region, such as kidnappings, armed robbery, communal crisis, farmers- herdsmen clashes, cultism, violent agitations and insurgency, amongst others.

One interesting aspect of the exercise is that, it is multi agency in nature and execution, thus enhancing synergy of efforts among the Services, Security and response agencies. Relevant para-military organizations such as the Nigerian Police Force, Nigerian Security and Civil Defence Corp, Department of State Security Service, Federal Road Safety Commission, National Drugs Law Enforcement Agency and Nigerian Immigration Service are all synergizing and collaborating in the exercise to ensure attainment of these objectives.

The turnout was impressive, as over 2,000 people benefited in the areas of dental, optometry, laboratory services and blood pressure measurements. Others were dispensing of eye glasses, de-worming tablets, assorted drugs, mosquito nets and sanitizer to various categories of people. In the same vein, similar medical outreach will be conducted at Nnarambia community Central Primary  School, Ahiara Mbaise in Ahiazu Mbaise LGA of Imo State on 23rd September 2017 as part of the activities of Exercise EGWU EKE II. The Division has also scheduled similar free medical outreaches in other states covering its area of responsibility during the exercise.

Furthermore, in addition to visiting the Operational Headquarters of Sector 5 of Exercise EGWU EKE II, at 24 Support Engineering Regiment, Abakaliki, the Chief of Army Staff also visited the Step-Up Headquarters of 82 Division at the Nigerian Army Language Institute, Ovim, in Isiuokwuato LGA of Abia State.

So far, the troops have been carrying out routine activities associated with the exercise seamlessly along with other supporting Services and agencies. Some suspected criminals were arrested, farmers-herdsmen as well as communal clashes have been averted. Similarly, kidnappers, cultists, armed robbers and other criminal elements have been denied freedom of action through patrols, raids and manning of checkpoints as follows:

Following credible intelligence report and some distress calls from Ukpata community in Uzo-Wani LGA of Enugu State of a planned attack on the community by Fulani herdsmen on the 19th September 2017, a patrol team of Sector 3 was deployed in the area from 17th September 2017 to date. Through that we were able to prevent serious clash between the Fulani herdsmen and the community. 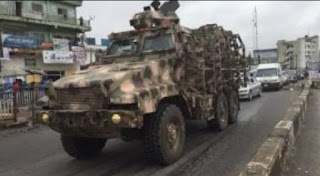 Similarly, at about 4.30pm on 17th September 2017, troops of Sector 2 on patrol at Ohaji-Egbema general area, along Obokofia-Agwa, Rombe-Oguta road junction in Imo State, intercepted 2 persons in a vehicle conveying about 15kg of a substance suspected to be Indian hemp. The suspects and the substance have been handed over to the National Drug Law Enforcement Agency.

Also troops of Sector 2, Sub Sector 1, at about 12.00am 19th September 2017, while on patrol along Onitsha-Owerri road arrested 3 suspected hoodlums; Chisom Francis, Chukwu Enema and Uchenna Ogataku that barricaded the highway, extorting money and other valuables from hapless motorists resulting in serious traffic jam. The suspects have been handed over to Ogbaku Police Station.

Following a tip off, a criminal hideout was raided at about 12.15am in Obinze community general area on 17th September 2017. Consequently, 17 suspected criminals were apprehended by troops of Sector 4. Items recovered include 3 x locally made pistols, 5 Dane guns and 15 rounds of various calibers of ammunition. Other items recovered were local charms and 7 wraps of substance suspected to be Indian hemp.

Furthermore, at about 1.30am on 17th September 2017, troops of Sector 4 in conjunction with the Nigeria Police raided a criminal den at Ukukwa North Local Government Area of Anambra
State, where they arrested 7 suspected criminals. Items recovered are; 4 x locally made pistols, 420 live cartridges, about 50kg of Cannabis and some Charms. The suspects and the items were handed over to the Nigeria Police.

Similarly, based on intelligence, troops of Sector 2, at about 12.00am hours on 18th September 2017, conducted 2 raid operations on suspected cultists' shrines at Awara and Assa communities of Ohaji-Egbema LGA of Imo State. The raids resulted in the arrest of 10 suspected cult members. They were however, transferred to the Nigeria Police after preliminary investigation.

In addition, at about 2.30am on 19th September 2017, troops of Sector 1, raided a notorious kidnappers' den at Ohanze community in Obingwa Local Government Area of Abia State. The operation led to the release of a kidnap victim, Mr. Monday Benson and the arrest of 3 suspected kidnappers; Arinze Ugiri aged 39 years, from Amouvuro community, Okezie Nwobolo, aged 30 years, from Amouvuro Nteuzor community and Michael Sunday 24 years old, from Okeyan Nteuzor village of Abia State. Suspects have also been handed over to the Nigeria Police after initial questioning.

CHECKMATING VIOLENT ACTIVITIES OF THE BANNED INDIGENIOUS PEOPLE OF BIAFRA 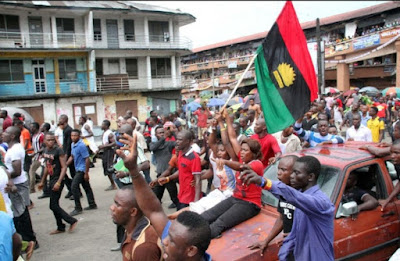 Despite the initial opposition to Exercise EGWU EKE II by the outlawed Indigenous Peoples of Biafra members and their sympathizers and unpatriotic elements, the general area of the South East especially Aba in Abia State is now fully stabilized. The usual violent activities of the outlawed Biafra “National Guards” (manning check points and extorting money from traders and motorists) have now been checkmated. Similarly, the outlawed Biafra terrorists group presence is no longer visible and people go about their normal businesses without fear, let or hindrance. 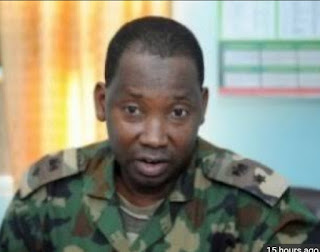 The 82 Division Nigerian Army wishes to reassure the public that it is poised to maintaining the peace and security in the entire South-Eastern Region. Members of the public are please requested to cooperate with security agencies by remaining law abiding and passing credible information to the nearest security check point or call 193 and the various Sector Commanders’ telephone numbers that were earlier made public.