Boko Haram: Should Nigeria be worried about UN-OCHA’s September Report 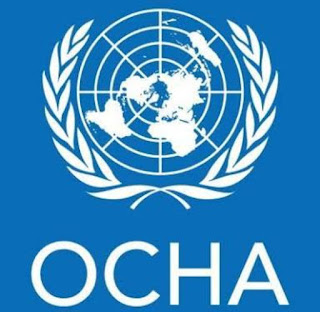 By BnF News Online
Last week the United Nations office for the Coordination of Humanitarian Activities (UNOCHA) released a rather chilling report about the ongoing Boko Haram conflict in the country's northeast.

Crux of the detailed report was that hundreds thousands of people could not be reached for humanitarian services because their locations cannot be accessed due to Boko Haram activities.

The OCHA report also send down more chill on the spine of Nigetians and probably the world when it mentioned the possibility of the resurgence of the ebbed Boko Haram hostilities now that the rains are drying up.

The above claim seemed to have questioned the celebrated victories of the Nigeria troops over Boko Haram in the past month.

One is forced to wonder if the UN body was suggesting to the discerning minds that the slowed down activities of the Boko Haram fighters was not necessarily because of the supremacy of the military boots over Boko Haram , but because of the unfavourable weather conditions in the jungle of war.

The UN coordinating body also mentioned in its September report that the lack of adequate response from donors may also put a setback on the worsening humanitarian crisis in the northeast Nigeria.

The UN said, "As the response enters the final quarter of the year, additional funding is needed to meet the targets laid out in the 2017 Humanitarian Response Plan. Certain sectors that are key in kick-starting the transition into the recovery phase, such as Health, Education and Response and Recovery Planning have continued to be dramatically under-funded with 21, 12 and 5 per cent of the required funding received as of 30 September."

Who do we listen to at this stage. Is it the assuring voice of our military officers who have toiled day and night by laying down their lives for peace to return; of the cold fact served to us by the credible voice of the UN – a body to which Nigeria is a member for over 70 years???

If what the UNOCHA is true and something to go by  what is our government doing in reaction to the data and facts placed before its table.
Is the government really worried that IDPs may as well continue to remain in camps for a long time to come?

Is the government also worried by the early October report of the Norwegian Refugee Council which says 82 percent of the IDPs in Borno state would rather remain in camps than going back to the communities reclaimed by our gallant troops because such places are not safe yet?

Is the UN system always coming to scare the shit out of us whenever we begin to feel peace is coming back to us?  Or is the military simply churning our favourable and assuring reports to us just to help calm our worries?

What exactly is the position of Nigerians on this matter???