Governor of Borno state, Kashim Shettima, on Friday faulted the media reports quoting World Bank official claims that President Muhammadu Buhari ordered the bank to channel all its interventions to his region, the North.

Shettima said himself and four other state governor of which three are from the south were at the Washington DC meeting with the World Bank officials in July 2015 when President Buhari specifically made a special appeal for the apex bank "to support in the rebuilding of the northeast geo-political zone which has suffered massive destructions as a result of Boko Haram insurgency".

He said the president made the request for the world bank to assist the federal government rebuild the northeast in good faith.

Shettima who is the chairman of the northern governors' forum said President Buhari who is from the northwest Nigeria did not ask the World Bank to channel its programme on the entire northern region; but the northeast.

The Governor who made this clarification on Friday night when he spoke to journalists in Maiduguri.

Mr Shettima said the governors that were present at the Washington DC meeting were himself, Governors Owelle Rochas Okorocha of Imo State from the southeast, Adams Oshiomhole from the south-south, Abiola Isiaka Ajimobi from the Southwest and Nasarawa state governor's Tanko Almakura from the north-central.

He said it was a result of that request made by the president that the World Bank in collaboration with the European Union and office of the Vice President, had in 2016 organized a Recovery and Peace Building Assessment Report on the six states affected by the Boko Haram attacks in the northeast following which it was verifiably discovered that the Boko Haram had destroyed public and private infrastructure worth nine billion dollars in the northeast from which destructions in Borno alone accounted for six billion US dollars.

"The President and the Federal Government have very competent spokespersons", said governor Shettima.

"I don't speak for the President or the FG, however, the controversy affects my State because the discussions with the world Bank focused on rebuilding the northeast and everyone knows that when the issue of rebuilding the northeast is the subject, Borno naturally comes into perspective because of the 9 billion dollars worth of destructions inflicted by Boko Haram on the northeast. Borno alone suffered destructions worth 6 billion dollars and this figure was the product of President Muhammadu Buhari's request from the world Bank. 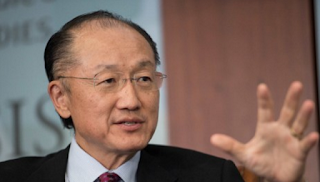 "It was the World Bank that championed the RPBA (Recovery and Peace Building Assessment) Report on the six States of the northeast with the participation of the European Union, and office of the Vice President. The World Bank became involved after President Buhari made a request for the Bank to support the rebuilding of the northeast.

"The meeting between President Buhari and the World Bank in Washington DC which took place in July, 2015, few weeks after the President's swearing-in, was attended by their Excellencies, then Governor Adams Oshiomhole from the south-South, Governors Rochas Okorocha of Imo from the southeast, Abiola Isiaka Ajimobi from the Southwest, Tanko Al-Makura from the north Central, myself from the northeast, the Late Prof.Adefuye and the Permanent Secretary, Federal Ministry of Foreign Affairs, Ambassador Bulus Lolo.

"The request was made by the President in the open and everyone thought it was the right thing. States in the northeast, like Borno has been working with the World Bank, putting all the collaborative machinery in place, we have been having series of follow ups and the media has been covering all the steps including my visit to the World Bank in Abuja some months ago. The whole thing is in the open and we believe the objectives of the President will be actualised as go forward" Shettima said.

BnF News Online could recall that this was not the first time a president in Nigeria is asking the international communities to focus an assistance to the country to a particular region in the multi-ethnic and highly polarised country. 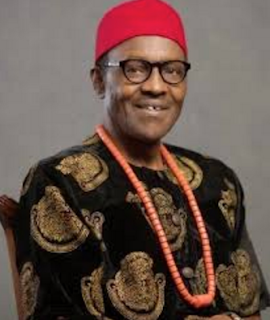 In 2009, President Olusegun Obasanjo asked the Japanese government to take its laudable intervention programme which was a multibillion dollar rural electrification project to the northeastern part of the country so that it could help the country resolve its then burning diplomatic relations with the Republic of Cameroon where Nigeria's source of water that powers the Kainji Dam comes. That electrification project now serves as a collateral or bargaining chip for Nigeria as Cameroon cannot under that understanding construct dam on the water ways to boost agriculture in that part of the country bordering Mobbar local government area of Borno state.

However, the World Bank comment had generated a wild fire-like criticism of the president who the oppostion party accused of being tribalistic and ethnic champion.

Governor of Ekiti state who had two weeks ago declared his intention to contest the country's Presidency come 2019 took the lead in disparaging the president Buhari as a man he had long known as a tribally biased fellow.

“When a President open his mouth and say that constituencies that gave him 97% votes cannot in all honesty be treated, on some issues, with constituencies that gave him 5% votes, lovers of unity in the country should have raised the alarm and alerted the world of the danger of having a nepotistic president, and I warned then but other Nigerians that should have raised their voice, kept mute", Fayose said in a statement released by his media aid.