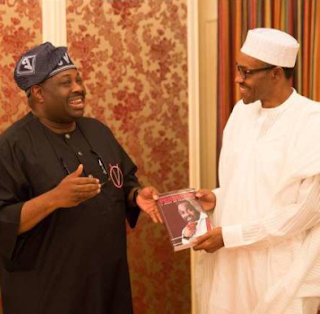 Before 2015 general elections, ace publisher, Dele Momodu, was one of the top campaigners for the actualisation of General Muhammadu Buhari's presidency. Of course he was brutal and unyielding in his strong support for the former military General and head of state. And he owed no one an apology because he believed the General is an uncommon man of character and dignity.

The Ovation magazine publisher's twits were relentless as many had to conclude that whether he liked it or not, Buhari would definitely make Dele a cabinet member or something closer to that status.

Buhari won the election with landslide. Government was formed and Dele was nowhere brought closer to the realms of power.

Many felt it was not fair.

But that seemed not to have bothered Mr Momodu - at least from the physical outlook - as he carried on with his life and business.

Of course the publisher had from time to time criticised the government of Buhari especially during the hard times of economic crunch and even offered blunt advises here and there.

Though Momodu might not be happy with the way the government he had fought for to emerge treats him, he still proved his love for President Buhari. Yes!

Recently, he dropped a legendary piece online and on mainstream newspapers where he gave the President an honesty advice. DONT GO FOR SECOND TERM - GROOM A SUCCESSOR AHEAD 2019.

Dele Momodu used the recent declaration of Ekiti state governor, Mr Ayodele Fayose intention to contest the 2019 presidency as a leverage to convey his honest advise to Mr President.

Below are the thought process of Oga Dele Momodu on how the 2019 should look like for aged President Buhari the ruling APC. 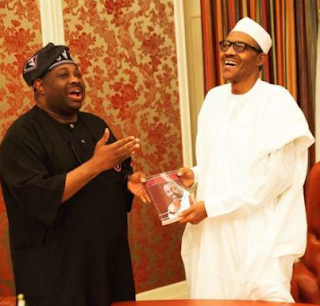 Believe me, nobody wins election in Nigeria based on sainthood or clean records. Elections require the ability to raise cash, tonnes and tonnes of it. In case he is oblivious to what transpired in the last election, the President should ask his campaign team what it cost to oil that blistering operation that catapulted the “invincible” Jonathan out of power. Who donated what and how were APC agents funded nationwide? It is not going to be that simple this time around. Most of those who fell for the change mantra have since changed from billionaires and millionaires to paupers. Many supported Buhari hoping they would not be hounded but permitted to henceforth do business the proper way. They were unprepared for the fury unleashed against them which has ensured they’ve not been able to do business, clean or dirty. They are just licking their wounds with equanimity and hoping that this nightmare shall soon pass away. Undoubtedly the Nigerian economy has suffered as a result.  The main beneficiaries have been shady multinationals who continue to steal us blind whilst claiming to support a failing corruption crusade.
Therefore, APC has to urgently re-strategize by picking one of its trusted and tested younger personages, hoping that he may reignite the much-needed passion in Nigerian youths, the business community and all those who feel short-changed and brutalised by the Buhari government. If APC lacks the courage to rejig its modus operandi, it may be forced to swallow its own phlegm sooner than later…
I will soon offer an analysis on what PDP needs to do to bounce back and beat the APC. My advice to all those who think PDP is dead and buried is that they should perish the thought because Lazarus may still rise. As a matter of fact, PDP is not dead. It is merely a sleeping and snoring giant. We may yet be in for a rude awakening on all counts!