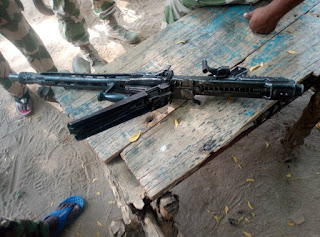 Spokesman of the Nigeria army, Sani Usman, said gallant troops prevented mass death on Wednesday when  they neutralised three Boko Haram fighters who disguised as IDPs while trying infiltrate a camp in Bama.

Usman, a Brigadier General, said another attack was averted at a location between Firgi-Pulka area which is about 20km away from Bama where troops ambushed, then engaged a gang of Boko Haram fighters during which one was killed and some heavy explosives safely detonated.

General Usman, a Director Army Public Relations made this known a statement issued to the media.

"Troops of 151 and 202 Battalions of 21 Brigade Nigerian Army, under Operation LAFIYA DOLE in furtherance of clearance and blockade Operation DEEP PUNCH II in separate but well-coordinated attacks simultaneously on Wednesday, 4th October 2017 at about 10:00am laid ambush on unsuspecting Boko Haram Terrorists (BHTs) along Firgi-Pulka road in Bama Local Government Area of Borno State. 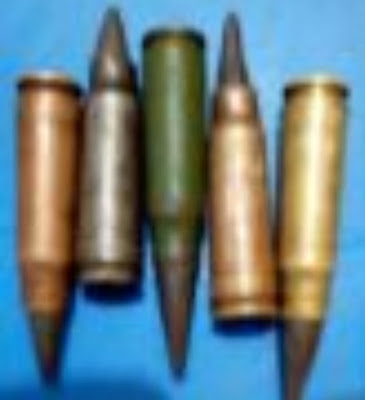 "In the first instance upon exploitation, troops recovered from the ambush site one General Multi-Purpose Machine Gun (GPMG) and one motorcycle.

"They also successfully discovered and safely detonated an unexploded ordnance. However, the troops followed with a hot pursuit, neutralized one terrorist and recovered 6 bundles of zinc.

"In the same vein, crack troops of 22 Brigade of Operation LAFIYA DOLE displayed gallantry on 4th October at about 6:05pm by intercepting 3 Boko Haram terrorists disguised as Internally Displaced Persons (IDPs) and trying to infiltrate a barrier. The vigilant troops engaged the suicide bombers forcing them to hastily detonate their suicide vest.

"The troops recovered 2 AK-47 rifles, 2 magazines with several rounds of ammunition and amongst other items. The troops' action saved what would have been another evil machination of BHTs ploy to utilize suicide bombing to inflict heavy casualties on soft targets".