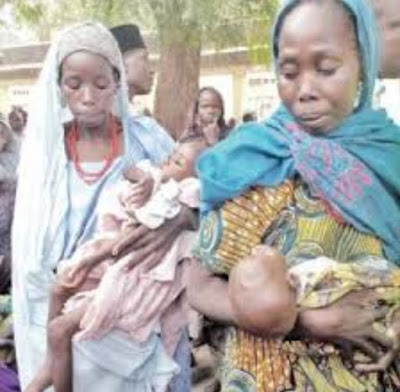 At least 3.5 million people are still battling with inadequate nutrition in Borno state years after displacement by the ongoing Boko Haram insurgency, a United Nations office for the Coordination of Humanitarian Activities (UNOCHA) report said.

This lot, mostly women and children,  face the risk of malnutrition, a condition that has killed over 50 persons and render about 3000 others to the hospital beds n Borno state within the last two months.

OHCA worried that the situation could get worse  as more than 3 local government areas in Borno state are still inaccessible for humanitarian workers due to Boko Haram activities.

The UN coordinating body explained that of the  2.7 million displaced people  targeted for immediate intervention, only 936,200 persons were reached with nutrition support within the period under review.

To tackle the worsening crisis, UN agencies have  trained 60 health personnel in Borno and Yobe states to enhance operations at the stabilisation centres.

The UN agency added that effective modalities were evolved to streamline the Infant and Young Child 7Feeding scheme with the Blanket Supplementary Feeding and Emergency Food Distribution programmes to control the scourge. 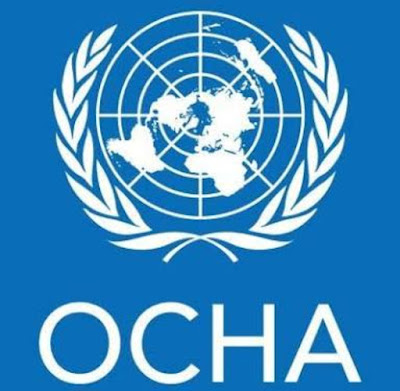 "The progress toward key indicators is on track except for the management of Severe Acute Malnutrition (SAM) with medical complications, which remain hampered by the unavailability of services especially in the newly accessible areas.

"Lack of access to most areas has been the impediment in providing life-saving nutrition support to those in need.

"Nutrition activities are limited to few areas where humanitarian actors have access and where healthcare structures are in place," it stated.

Atleast $6.5 million was required to implement five projects and facilitate smooth running of the nutrition support services in the affected communities.

But slow response of international donors might equally slow down the speed needed to reach these lots in dire need.

The continuing Boko Haram conflict, currently in its 8th year has claimed about 200, 000 lives and displaced at 4 million others who are mostly women and children.

The latest attack by the Boko Haram was the Sunday 22nd October 2017  multiple suicide bombings on Maiduguri suburbs where at least 15 persons died and 18 others severly injured.