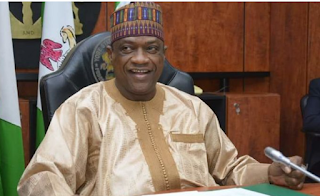 Government of Yobe state has okayed the spending of N777.1 million for the procurement of medical equipments and educational material for the three newly build General Hospitals and schools in the state.
The move according to state commissioner for information, Mala Musti, was aimed at improving healthcare and scholarship in the state.
The Commissioner said the hospitals are located at Potiskum, Geidam and Gashua local government areas of the state.
Of the said amount, a total of N679.38 million is for the procurement and installations of state of the art medical equipment for the completed hospitals in three senatorial districts of the state, while the sum of N97, 703, 650.00 was also approved for the purchase of science laboratory equipment, tools and reagents, amongst others, for five secondary schools that were rehabilitated and expanded by government to improve teaching and learning in schools.
“The State Government had, in June 2016, expended over N1.8 billion for the complete rehabilitation and expansion of three hospitals in the state.
“Today (Thursday), the council approved N679.38 million for the supply, installation and user training of assorted medical equipment to these hospitals.”
He said the schools to be equipped comprise Government Girls Secondary School, Nguru, and Government Secondary Schools at Fika, Yunusari, Nangere and Gwio-Kura.


“The procured laboratory equipment is intended to encourage the study of science subjects such as mathematics, Biology, Physics and Chemistry,” said Musti.