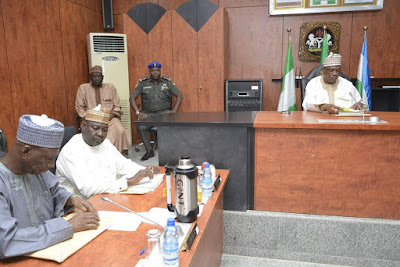 Government of Yobe state on Wednesday said it has approved the sum of N464.7 million for concrete casting of canals meant to power one of its irrigation farming project sites in the state.

The 1000 meters long canal is expected to provide water from River Yobe to about 400 hectares of land meant for rice cultivation.

The approval was made during the executive council meeting chaired by the governor of Yobe state, Alhaji Ibrahim Gaidam on Wedneday in Damaturu, the state capital.

Briefing newsmen at the end of the meeting, the state's commissioner for Home Affairs, Information and Culture, Mr Mala Musti, said the effort is part of the post i-insurgency initiative of the state government "geared towards boosting food production in the state".

The information commissioner explained that the the need to cast concrete linings on the 7.5 meters deep canal became necessary when it was discovered that its surfaced was being washed away by rain.

The 1000 meters long canal that is expected to convey water from the River Yobe is to be linked with a number quick canals  that cover a total area of 1,120 kilometres across the 400 hectares of land meant for rice production.

"It was on that important note that the Yobes tate executive approves the construction of concrete lining on canals at Mugura (Garin Gada) irrigation scheme at the total cost of N464, 722, 725.07.
The Executive council has also made other chains of approval which consist the landscaping of the front view of the Yobe Mosque and Islamic centre at the cost of N60. 7 million.

An approval was also made by the executive council for the construction of 33KV transmission  line covering a distance of 33km to link Bayamari and Gaidam town at the cost of N186. 7 million. 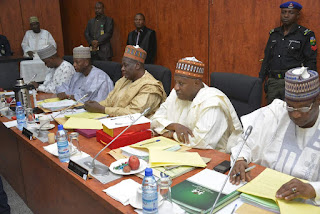 The Yobe executive council okays the sum of N106. 7 million to enable the state government access the over N5 billion worth of medical equipment donated to it by the World Medical Relive and supplies at Detroit USA.

Yobe is one of the six states in North East Nigeria that was partly affected by the Boko Haram insurgency.

The governor of Yobe state was at the Presidential villa last month where he informed President Muhammadu Buhari that no part of the state is under the control of Boko Haram - a development he said has given the government to roll out its developmental projects for the citizenry.