The Chief of Army Staff (COAS), 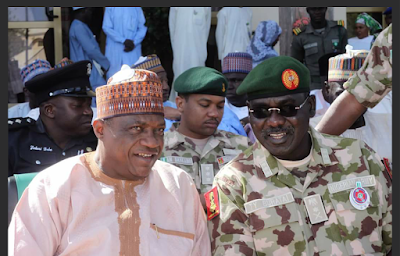 
General Buratai hailed governor Gaidam for his support to the Nigerian army and his commitment to the security of life and property of the people of Yobe State.

The army chief who personally attended the presentation ceremony of the 20 units of Toyota Hilux 4-Wheel Drive vehicles handed over to him on behalf of the 27 Task Force Brigade of the Nigerian Army in Buni-Yadi, said the donation wasn't the first of its kind from Governor Gaidam who has always supported the Nigeria army.

"This gesture by Your Excellency is one of numerous to the Nigerian Army as a result of your commitment to the security of life and property of the people here in Yobe State and the country in general. 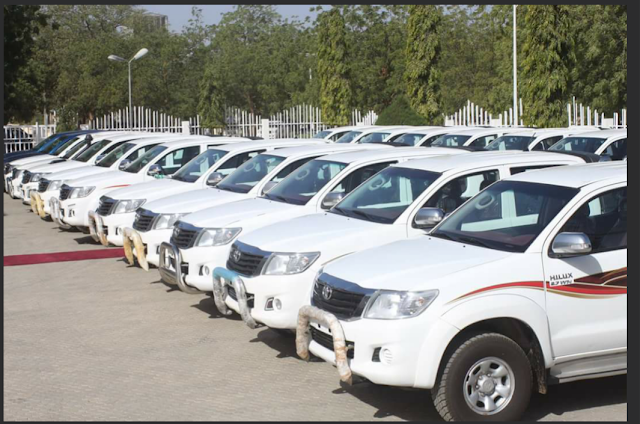 "We cannot enumerate all the different kinds of support that you have given us -  from the Special Forces School that you have given us, the very large piece of land and well developed facilities in that Buni-Yadi Training School, the land you gave for the Level-2 Hospital along Potiskum Road in Damaturu, the very large expanse of land you provided for the Barracks that is coming up very soon as part of our Order of Battle for the execution of the directive issued by the Army Council to the logistics operations base that you graciously granted us to use", Gen. Buratai said.

General Buratai said the vehicles provided by the Yobe State Government will go "a long way" in helping troops on the ground to perform their duties "and security will be greatly improved".

"We are doing very well here in Yobe State and with the support and cooperation of your administration, other security agencies and the good people of Yobe State, we will (continue to) have an excellent security arrangement...in the final push to crush Boko Haram. Very soon, you will get wonderful stories", the army chief said.

Earlier, Governor
Gaidam said the Yobe State Government provided the vehicles as part of its ongoing effort to assist the army and other security agencies maintain security in the state.

Purchased at N350 million, the vehicles, the governor said, are an addition to the over 300 Toyota Hilux 4WD vehicles that the Yobe State Government has provided so far to security agencies in the state since the beginning of the Boko Haram insurgency over six years ago.

Five other Hilux vehicles were also presented separately by the governor to the Vigilantes in the state through their leader, the Sarkin Baka, urging them to work harder to subdue criminals and terrorists wherever they are found in the state.

"It is the responsibility of every government at every stage to ensure that the security of life and property of the people is protected. As a responsible government, we believe it is absolutely necessary for us to support the military and other security and law enforcement agencies.

"The COAS may note that since the beginning of the insurgency, we have been providing logistics support to the military and other security agencies. We had even paid their allowances at some stage. To date, we have provided over 300 Hilux vehicles", the governor said.

The PHOTOS below, captured by Photographer Abdullahi Muhammad, are from the brief ceremony at Government House Damaturu in the morning today.