The newly-freed Chibok schoolgirl, Salomi Pogu, who was abducted by Boko Haram in 2014 but rescued last week, has given details of how she managed to escape from her captors.

Pogu, who was amongst over 200 school girls kidnapped by the militant group, is the latest of 107 girls to either escape, be rescued or freed.

The Nigerian Army said Pogu and another Boko Haram captive, Jamila Adamu, a 14-year-old teenager who was found with a baby, were rescued on January 4.

The two girls have now spoken exclusively to PREMIUM TIMES from a government safe-house where they are being accommodated by the Borno state government.

The girls said they regained their freedom after many months of trying to escape from their abductors.

Their narrative was that of two courageous young women from different backgrounds, bound by the same fate and determination to survive.

While Salomi was abducted at the age of 15, Jamila, the girl who later become her bosom friend said she was only 11 years old when Boko Haram abducted her from Pulka village of Gwoza local government, three years back.

The two girls had their share of unpleasant experiences under the captivity of one of the world’s deadliest terror groups.

Salomi met Jamila, who was abducted alongside her eldest sister, in 2015.

Exceptor their ability to speak Hausa, the two girls had nothing in common in terms of religion, native language and education.

Salomi, a Christian from Chibok, was in her final year in secondary school when she was seized, while Jamila, a Muslim from Gwoza, had never attended a school before she was taken captive.

After years of being with the Boko Haram fighters who subjected them to agony and slavery, the girls were married off and taken to a village called Ndugne under Gwoza local government area.

Before that, the girls said they were moved to different villages, where they would live for months, as their abductors tried to avoid being attacked by troops of the Nigerian military.

“We became friends with Salomi because we lived close to one another in the captured village of Ndugne,” said Jamila, who is still nursing a 16 months baby girl, Hasiya. Apparently poorly fed, the toddler looks like an eight-month-old.

For the obvious reason that their place of captivity was a terrain she was familiar with, Jamila deployed her knowledge of the area to plot their escape.

The two friends, who now relate almost like sisters, said they attempted to escaped in the past but without success. They were never caught, though.

Despite their age difference, Salomi found the younger Jamila a friend she could confide in and who understood and empathised with her weak nature as someone who usually falls sick.

Doctors in Maiduguri, the Borno state capital, have just diagnosed her to be anaemic.

Salomi had two marriages, while Jamila had broken off with the man with whom she bore a daughter. Had the latter not plotted their escape, she would have been forced to enter into yet another forced marriage. 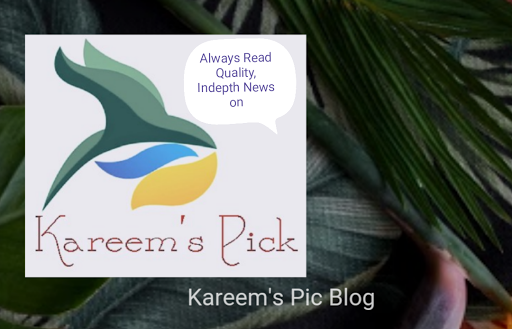 The two girls said they were not assisted to escape on the night they carried out their final and successful move to leave the clutches of the insurgents.

“We escaped on our own in the night and ran through the bush until we got to the soldiers’ post in Pulka village near Gwoza,” said Jamila.

They both said it was suicidal for anyone to contemplate escaping during the day time.

“We sneaked out of the village at about one o’clock in the night when everywhere is quiet and most people, including the Boko Haram watchmen were asleep. And we got to the soldiers’ security post at about 2 a.m.

The girls explained that the distance between the village where they were kept and the soldiers’ security post ”was not much.”

“It was not that far, though we were walking and running till we got there,” Salomi chipped in.

“The soldiers ordered us to stop at a distance,” Jamila continued.

“They beamed light on us and asked us to strip off all our clothes to assure them we were not carrying anything that could harm them. So we had to pull off our clothes completely and when they saw nothing on us, they then asked us to dress up. That was when they allowed us to advance closer before we told them that we were abductees fleeing from one of the camps,” said Jamila.

The girls said the soldiers became excited when they found out that Salomi Pogu was one of the abducted Chibok schoolgirls.

“That was not our first attempt at escaping. We tried it before but we got lost in the dark, not knowing which direction to take, so we had to return to the village again,” said Salomi.

The two girls said their escape was a ”matter of do or die.”

If they remained with Boko Haram, they might still die either of the increasing hunger in the camps or they could as well be hit in the crossfire during a shootout, they said.

Many women and children were killed during shootouts, they added.

Jamila said she knew the dangers of plotting an escape. She had witnessed the killing of those who were caught trying to escape.

She said if caught trying to escape, she would possibly have been the first to be executed because their abductors knew she is from Gwoza and must have been the person that encouraged Salomi to escape.