If the information released today by the Nigeria military is to be taken hook, line and sinker, then the factional leader of Boko Haram, Mamman Nur, is by now dying from a fatal injury he had suffered following a coordinated air and ground attack on his hideout by troops in northeast Nigeria. 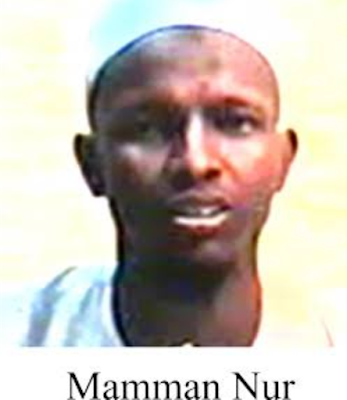 A statement issued by the military command and control centre, which is the headquarters of ongoing Lafiya Dole counterinsurgency operation in Maiduguri said the factional leader was almost killed during the attack launched by the troops of Nigeria army and the air force.

All things being equal, the development would be the major inroad ever made in the quest to end Boko Haram and possibly get to know those behind the deadly group.
The military statement released by Colonel Onyema Nwachukwu, was economical with details on which of the location of the northeast Nigeria where the attack was carried out. It was not also stated how the identity of the Boko Haram kingpin was known.
Despite the vaguely piece of information, the news may have delighted many Nigerians who knew the antecedence of Mamman Nur.
About three years ago, the Boko Haram hierarchy under the command of Abubakar Shekau splitted into two factions.
Mamman Nur who sought an international support via the backing of the middle East terror group, ISIS, moved out of the Shekau command.

He  took with him the then 21 years old Abu Mussab Albarnawi, the son of late Muhammed Yusuf, the founding father of what now becomes Boko Haram.
Mamman Nur and his fellow insurgents were said to be responsible for most of the recent kidnaps around Borno state.

His group took credit for the attacks on a military escorted convoy of travellers and kidnap of some dozen women, among them some police officers. They also took crefit for ambush and abduction of university of Maiduguri geological scientists of which about seven were killed during a shootout with the military, while four others are still being held by them.
The group wanted a negotiated rescue of the hostages.

It could be recalled that DSS, the Nigerian secret police had in September 2011 placed  N25 million ($175,000) ransome on Maman Nur, following his alleged mastermind of the August 26, 2011, car bombing  at the United Nations office building in Abuja.

See the military statement below:

“Ongoing artillery and aerial bombardments of Boko Haram enclaves in the Lake Chad region by troops of Operation Lafiya Dole has continued to yield positive results.
“Currently an evaluation report of the ongoing operation indicates that a major factional leader of the terrorists group, Mamman Nur has been fatally injured in the bombardment as he and his sub commanders fled from the onslaught.
“Several of his foot soldiers have also been killed by troops, while many of the insurgents who escaped are now surrendering to Republic of Niger Defence Forces, following the Amnesty granted the insurgents by the Government of Niger Republic