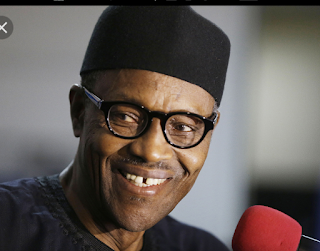 By Blogger
President Muhammadu Bihari in his new year message said his administration will spend N16.75 billion in fixing roads in each of the four geo-political zones of the country this year.
The road fixing projects will be funded fully using the N100 billion SUKUK facility.

SUKUK is an U freeslamic bonds, structured in such a way as to generate returns to investors without infringing Islamic law (that prohibits riba or interest).

The President who described this year as a pivotal year for actualising the change mantra of his administration mentioned that the "Management of the Federal Road Maintenance Agency (FERMA) has been reconstituted and has been charged with a 12 week rapid intervention in road repairs to cover all the geo-political zones.
"Government is undertaking repairs and maintenance of 44 roads within the the six geo-political zones.
"Twenty five major highways will be funded under the N100b SUKUK facility. Each geo-political zone will benefit by an equal amount of N16.67b.
According to president Buhari the following major highways are to receive special attention:
a. Oyo – Ogbomosho,
b. Ofusu – Ore – Ajebandele – Shagamu,
c. Yenegoa Road Junction – Kolo Otuoke – Bayelsa Palm,
d. Enugu – Part Harcourt Dual Carrriage Way,
e. Onitsha – Enugu Expressway,
f. Kaduna Eastern Bypass,
g. Dualization of Kano – Maiduguri Road,
h. Dualization of Abuja – Lokoja – Benin Road,
i. Dualization of Suleja – Minna Road.
"In addition, Government has "approved work to start on the re-construction of Abuja – Kaduna – Zaria – Kano roadwhich is in a state of disrepair. Work will soon start and is expected to be completed in 2019".