The Nigeria military, on Friday, said wife of Mamman Nur, the
factional leader of Boko Haram, was among those killed by troops during an ongoing harmonised hostility on insurgents' identified location in the Lake Chad region. 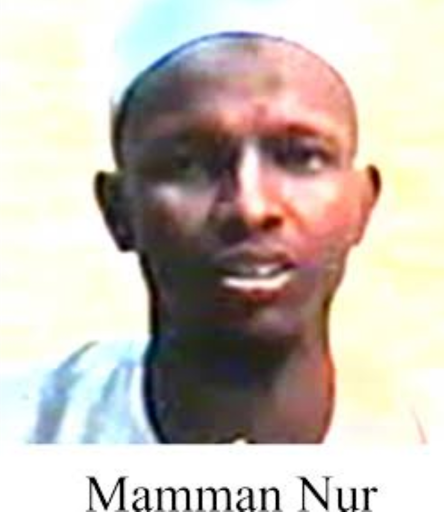 Names of the deceased wife of the factional leader  were not mentioned in the statement that came hours after the military had declared that Mamman Nur was fatally injured during an ongoing operation.

A military statement signed by Onyema Nwachukwu, a Colonel in the Nigerian army, and issued to Kareem's Pick Blog indicated that  a total of about 950 Boko Haram fighters on the side of the injured terror leader surrendered to government forces.

The Nigeria secret police, DSS, had in September 2011 placed a N25 million ($69,000) bounty on Mamman Nur following his alleged mastermind of the  car suicide bombing at the UN building in Abuja on 26 August of that year.

Mamman Nur has  continued to stay off the search beam of the military even as he continued to organise more deadly attacks in most parts of northeast Nigeria.

Three years ago, Mamman Nur broke away from the Abubakar Shekau command  following a leadership dispute and then midwifed the formation of AbuMussab Albarnawi faction that now divides the Boko Haram group.

AbuMussab Albarnawi is said to be the surviving son of Boko Haram's spiritual founder, Muhammed Yusuf, who was extrajudicially killed by the security forces after he was arrested for leading his group to wage a senseless battle with the Nigeria security forces in August 2009.

Spokesman of the Operation Lafiya Dole Theatre Command in Maiduguri, Colonel Onyema Nwachukwu, said about 250 Boko Haram fighters on the side of Mamman Nur (Albarnawi camp) gave up their struggle as they bowed to troop's superior firepower.

The statement also warned residents of Kano, Yobe and Jigawa states to be vigilant as some of the dislodged Boko Haram fighters are currently fleeing towards their border villages with an attempt to diffuse into the local communities.

"Troops of operation Lafiya Dole have continued the onslaught on Boko Haram terrorists enclaves in the Lake Chad region where a factional leader of the group Mamman Nur has suffered grave injury, while one of his wives has been killed in the battle. More also about 250 foot soldiers from the Albarnawy camp have surrendered to Nigerien Authorities due to the devastating artillery and aerial bombardments by Operation Lafiya Dole troops. Many of the insurgents who fled the onslaught are now taking advantage of the "AMNESTY" offered by the Nigerien government by surrendering to Nigerien Forces.

"Among the insurgents fleeing from the ongoing offensive are senior and junior commanders in the Albarnawy faction who are now attempting to melt into other communities in  and around Kano, Geidam and Gashua axis unnoticed. One of such fleeing commanders is Bana Bafui. Members of the general public, particularly in Kano, Geidam, Gashua, Hadeja and the northern part of Jigawa are therefore enjoined to be vigilant and watch out for strange faces suddenly appearing in their communities and promptly report same to security agencies.

"Additionally, about 700 insurgents have also surrendered to troops in the general area of Monguno following  troops' clearance operations. The ongoing onslaught will be tenaciously sustained.

"Recall that the Federal Government of Nigeria has since provided a window of opportunity through the Operation SAFE CORRIDOR program to insurgents who surrender willingly to be deradicalized and rehabilitated. About 300 insurgents who willingly surrendered are currently benefiting from this programme.

"We call on all Boko Haram insurgents to abandon the futile struggle and take advantage of the Safe Corridor program by surrendering willingly to troops in any location nearest to them. We guarantee their safety and incorporation into the programme for deradicalization and rehabilitation".

This victory news came from the military days after Abubakar Shekau, the main leader of the Boko Haram, released a video in which he claimed credit for most of the very recent suicide bombings that occurred in most part of northeast Nigeria.