The Yobe StateGovernment today donated N12 million to the Nigerian Legion, Yobe State at an event to mark the "2018 Emblem Appeal Week and Wreath Laying Ceremony of the Armed Forces Remembrance Day Celebration". 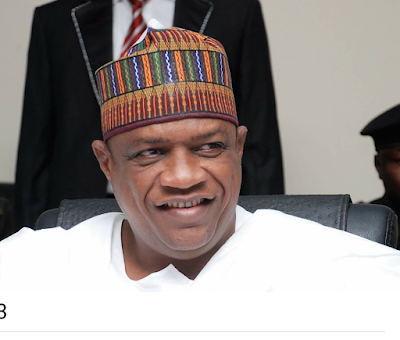 The governor also made a personal donation of one million naira and urged others, especially senior government officials, to do their part as well to support the families of fallen heroes and ex-servicemen.

The governor's call was heeded by the gathered dignitaries, who put even more smiles on the faces of the ex-servicemen.

Members of the governor's cabinet, special advisers, and directors-general made a donation of N50, 000 each even as the SSG Baba Mallam Wali and the Head of Service, Saleh Abubakar donated N200, 000 each.

The tally was added by permanent secretaries and general managers who each donated N25, 000. The governor's liaison officers also contributed N30, 000 each while Senior Special Assistant donated N10, 000 each.

The State Judiciary also made a combined donation of N400, 000.
In his speech, Governor Gaidam appreciated the "invaluable contributions of soldiers who participated and fought in the First and Second World Wars, Nigerian Civil War, Peace Missions, Internal Security Operations and the fight against Insurgency and Terror".

"It is a known fact that our patriotic men and women had answered the clarion call to serve our great country with loyalty, courage and selfless devotion. In the process, many made the supreme sacrifice and never returned from the battlefield and peacekeeping operations. They also left behind loved ones including wives, children, and dependants and yet others returned disabled in many ways", the governor said.

The governor explained that the people of the state can relate to the experiences of fallen heroes and ex-servicemen given what they had seen from Boko Haram terrorism. "Here in Yobe we know the scourge of war and the role played by the armed forces and other security agencies. Without the Nigerian armed forces, the state would have been overrun by the insurgents", he said.