The trending news about he clod blood murder of seven Fulani travellers in Gboko town of Benue state and the unfortunate misrepresentation of the incident by some"section" of the Nigeria media did not only sadden my mood, but also forced a recall of what Cris Jami once said. 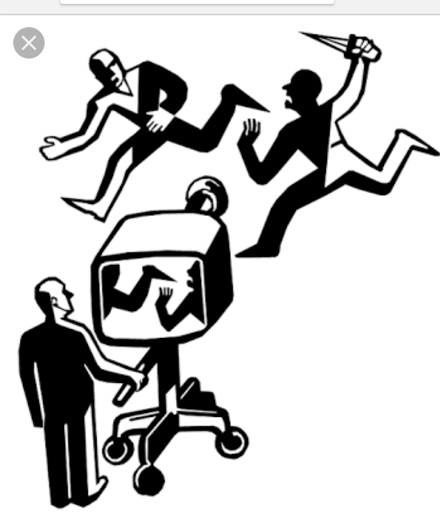 Jami, a contemporary American poet, once said, "Just because something isn't a lie does not mean that it isn't deceptive. A liar knows that he is a liar, but one who speaks mere portions of truth in order to deceive is a craftsman of destruction".

The men that were butchered and later murdered in the most bestial manner ever imagined by the Gboko mob were nobody else but Fulani men on journey to a destination unknown.

Given the victims a vague Identification is, to me, e the most uncharitable thing anyone could ever contemplate doing.

Agreed, the Fulani Herdsmen have not been in the good side of any public discussion in recent times. Their misadventures around Nigeria have left tears, sorrows and blood in most places they visited. The mere mention of Fulani herdsmen easily brings to mind a legion of deadly killers masquerading as pastoralists. But that does not mean all pastoralists are Fulanis, and not all Fulanis are killers.

The Nigeria media fixated,  and are still feasting, on any form ofnews about Fulani herdsmen.
Of course, one should not expect less from a vibrant media like Nigeria's when it comes to dealing with a disturbing trend that has become almost a daily affair.

The media reports have been so loud and almost deadening that the voice of the genuine Fulani became so tiny that no one hears their own sides of the story.

Who cares, after all those killings, an average aggrieved Nigerian would say.

But in real sense they do deserve a fair hearing , if not from the court of Nigerians - at least from the media court.

But who would give the "aggressors" a  fair hearing when it is assumed that the President and commander in chief of Nigeria, who is a kinsman of the Fulanis allegedly refused to give a direct order to clamp down on the killer herdsmen.

The whole scenario above perfectly matches avery popular maxim that says "if everything is amplified, we hear nothing". The whole negative Fulani story became so loud that we hear nothing except killer herdsmen.

As far as Nigerians are concerned, the Fulanis had no case. They deserved all the negative reportage. Even when some folks in Benue state were lately arrested as persons faking to be herdsmen to attack harpless  communities, the media merely gave it a passing editorial  attention.

Then suddenly, on the 1st day of February, 2018, pop 0 a terrible thing happened. This time around on the flip side. Gboko youths went wild and visited terror upon seven Fulani travellers trying to board a commercial vehicle. They were rounded up, assaulted, murdered and burnt to char.

The natural human instinct requires that the whole world should be livid with anger over the dastardly act. But sadly, reversed became the case.

The loud voice of the Nigeria media suddenly quietened; the only few that deemed it necessary to report the sad incident lost knowledge of the 7 victims identity.
Fulanis whose names had been a default word on smartphone, computers and tabs, suddenly became to strange to remember.
We began to hear seven travellers killed by mobs in Gboko.

Even the identity of the perpetrators became an abomination to mention. The police said unknown hoodlums. And the media echoed so.
Since the episode, I have not been able to wrap my arms of deduction around my confused self on where exactly is our dear country is gradually drifting.

The dangerous trajectory which our country is following suddenly became more windy as the nation's media also joined the trail.

The media, it is said, is the  hope of common man. The media by ethics has no tribe or religion, or creed. Even in holy places, the media should be nothing but atheists.

However,  even  in the ideal neutral state of the media it should stand for everything that is noble and against all that is evil, bad and even sin before God and man. That's why it's called the watchdog of the society.

But in the case of the Gboko Massacre, the Nigeria media exposed the rots within its circle. The incident leaves many of us who cherish this noble calling and those who hope that one day when everything goes over board and the centres begin to fail us, only the media would save the nation.

With what happened on the first day of February, we have seen a Nigeria media that have taken sides in the madness that the Nation's political and religious class have plunged us.

As media practitioners we are supposed to attach value to ever human life even if that life is of the Boko Haram terrorist's in military captivity. I believe it was because we attached so much value to life that's why we constantly vilified the federal government for failing to protect people from being killed by the Boko Haram and the armed herdsmen.

So what made that of the Fulanis 7 different from the lives of others whose death we lamented and bemoaned?

While I call on the Nigeria Guild of Editors to do the needful, I would like to leave this matter here, with the words of Jean Baudrillard, who asked a challenging question in his work "Simulacra and Simulation" that; "are  the mass media on the side of the power in the manipulation of the masses, or are they on the side of the masses in the liquidation of meaning, in the violence perpetrated on meaning, and in fascination?

He further asked "Is it the media that induce fascination in the masses, or is it the masses who direct the media into the spectacle?"