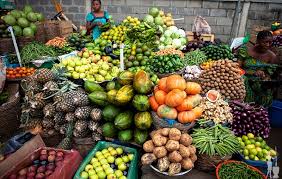 Days after he announced the intention of the federal government to establish a National Food Security Council, President Muhammadu Buhari has approved the constitution of the council’s membership. 

The council, to be chaired by the president, will be inaugurated on Monday. It will have as members, the Governors of Kebbi, Taraba, Plateau, Lagos, Ebonyi and Delta States.

Other members are the Secretary to the Government of the Federation; the Chief of Staff to the President; the National Security Adviser and seven (7) cabinet ministers. The ministers to be represented are for Agriculture and Rural Development; Finance; Interior; Industry, Trade and Investment; Water Resources; Environment; and Budget and National Planning.

The National Food Security Council will also have as members, the Chief of Defence Staff; the Governor of the Central Bank of Nigeria; the Directors-General of the State Security Services and the National Intelligence Agency as well as the Comptroller-General of the Nigeria Immigration Service.

The broad objectives of the council will include, developing sustainable solutions to the farmers–herdsmen clashes; climate change and desertification and their impact on farmland; grazing areas and lakes, rivers and other water bodies; oil spillage and its impact on Niger Delta fishing communities; piracy and banditry; agricultural research institutions and extension services and the problem of smuggling.