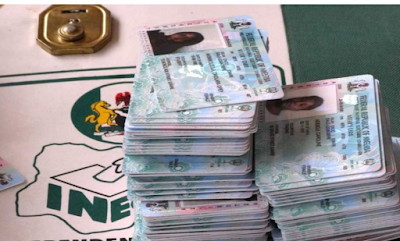 About 48 hours to the deadline given for the collection of printed PVCs, more than 300,000 registered voters are yet to pick their cards from the INEC office.

According to INEC officials in Maiduguri, Borno state capital, there are  2.3 million (2,315,956) registered voters in in the state.

The 300,000 uncollected PVCs represents 13% of the total registered voters in the state.

Borno state Resident Electoral Commissioner, Muhammed Ibrahim, said in the last two years, INEC has registered over 504, 000 new voters whose Permanent Voters Card (PVC) have been produced and are available for collection.

But the official said over 300,000 PVCs are yet to be collected.

"We started the continuous voter registration in April 2017 and it was concluded on the 31st of December 2018," the REC said.

"During the registration exercise, we registered 504,000 new voters which of course was (were) added to our former existing registered voters of about 1.8 million.

"The PVCs were printed and delivered to Borno State. We have since allowed people to come for collection of their PVCs. Initially, we had issues with people not coming to collect. But with adequate publicity, we now have up to 300,000 out of the 500, 000 that are yet to be collected now.

"But we hope in the next three days, people will come out to collect their PVCs," he said.

Kareem's Pick Blog urges members of the general public in Borno and other places across Nigeria, who are yet to collect their PVCs to hasten up and do so. Everyone's vote matters if Nigeria must deepen it's democratic process.