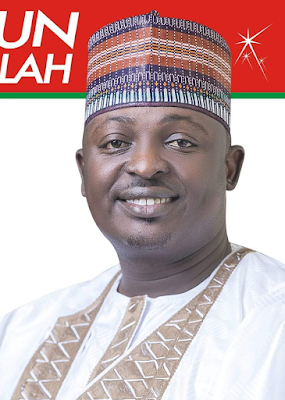 candidate for  House of Representatives seat in Borno state is accusing the Independent National Electoral (INEC), the security and government officials in the state of colluding to rob him of his “popular mandate” at the just concluded polls.

Abdulsalam Kachalla a House of Representatives candidate of the People’s Democratic Party (PDP), vied for Maiduguri Metropolitan federal constituency of Borno state.
Mr. Abdulsalam, popular known as "Bomboy",
had in the last Saturday’s general election, polled the largest number of votes amongst all opposition candidates, including senatorial, who vied for various National Assembly seats in Borno state.
During the campaign days, the youthful politician and godson of a former governor of Borno state, Late Mala Kachalla, was seen as the face of the top opposition party, PDP in Borno state.
It was a general perception of many political analysts that Mr. Kachalla had better chances of winning the election because of his advance educational which towered high and above many of his co-contestants including the incumbent Reps member, Mr Rahis.
But it turned out a keen contest when the electorates in Maiduguri Metropolitan federal constituency went to the polls on Saturday.
When election results were announced in the early hours of Tuesday, Mr. Kachalla came second in the contest with a total vote of 60,102 votes to tail behind the incumbent Mr. Rahis who polled 93, 497 votes. A result Mr. Kachalla said did not reflect the wish of the people of his constituency as expressed on Saturday.
Addressing a press conference in Maiduguri, the PDP Reps candidate said he would have been the first person to congratulate the APC candidate and concede defeat “if the process were free, fair and transparent." 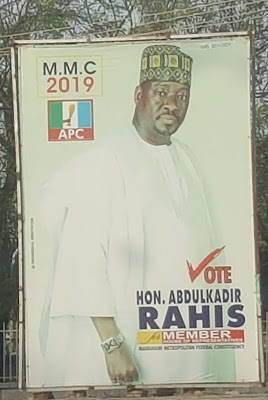 “After due and extensive consultations with officials of my Party at the State and Local Government, Campaign Organisation and Coordinators, I wish to state clearly that I totally and strongly reject the results of the election in Maiduguri Metropolitan Constituency because of the glaring electoral malpractices, which seriously contravened the provisions of the 2018 Amended Electoral Act and all the laid down rules and regulations guiding the electoral process in Nigeria.
Mr Kachalla said he has since instructed his lawyers to commence proceedings towards challenges his defeat in the court of law.
“It is important to point out that as a committed democrat, I am very much aware that naturally there must be winners and losers in elections or any competition. As a Muslim, I also believe very strongly that it is God Almighty that Gives Power to Whom HE Wills.
“However, when there are overwhelming evidences that the integrity of electoral process have been seriously compromised, it is in the best interest of our nascent democracy and the electorates that true democrats must ensure that such electoral malpractices are exposed and the culprits punished in accordance with the Electoral Act and the Constitution of the Federal Republic of Nigeria so that the integrity and transparency of the electoral process will be upheld and respected globally.
“We must not allow perpetual election riggers to continue to truncate the will of the people. It is in this respect that I am fully prepared to fight this unacceptable injustice and will do everything legally possible to reclaim the mandate freely given to me by the good people of Maiduguri Metropolitan Constituency on Saturday, 23rd February, 2019.
How the Maiduguri Federal Constituency polls were allegedly rigged
Mr. Kachalla is accusing “some unscrupulous INEC officials and security agencies as well as some officials of the Borno State Government conspired and dubiously changed the results in some of the Polling Units thereby depriving the good people of Maiduguri Metropolitan Constituency of their legitimate choice through the ballot boxes as required by Law.”
“This explains why INEC had to withhold the announcement of the results in Maiduguri Metropolitan Constituency for nearly four (3) days after the election was peacefully concluded to enable them perfect the irregularities committed,” Mr Kachalla said.
“For instance, we have incontrovertible evidences in our disposal of violations of the Electoral Act such as criminal use of State funds to buy some of the unused ballot papers, which were stuffed into the Ballot Boxes in some Polling Units; embarrassing alteration of some the results declared at the Polling Units, which did not favour the candidate of the APC.
“Other cases of Malpractices uncovered included over voting in some of the Polling Units, which exceeded the number of registered voters; deliberate refusal to use Card Readers as required by Law in some Polling Units for easy manipulation of the results and so on. All these malpractices have significantly affected the transparency of the process and its outcome. My Lawyers will tender all these evidences in the Tribunal in due course.
“Consequently, I passionately appeal to my teeming supporters to remain calm and conduct themselves peacefully as all legal processes will be exhausted to ensure that their votes eventually count. I also call on all my supporters not to be provoked by any person in the name of "celebrating'' a victory acquired through unfair means. I assure them that it is a temporary situation, which, God willing, will change soon in our favour.
The APC state chairman, Ali Dalori, had told journalists that the allegations of rigging by the opposition was unfounded. He said his party, APC, had invested so much in terms of infrastructure and human development and campaigned very hard to get the total victory they recorded in the Saturday election.