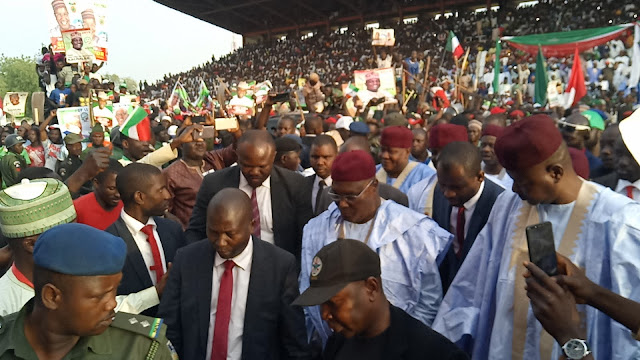 Presidential candidate of the People Democratic Party (PDP) Atiku Abubakar said he was almost shedding tears of joy seeing the large crowd that turned out at his campaign rally in Maiduguri on Wednesday.

Borno state is believed to be one of the strongest hold of the ruling All Progressives Congress (APC) in Northeern Nigeria.

Spokesman of the Atiku campaign rally, Buba Galadima, had recently ruled out the chances of their candidate getting appreciable votes in Borno.

But it seems the impression of the PDP and Atiku's campaign team changed in the evening of Wednesday when the opposition Presidential candidate arrived Ramat square, venue of the rally, to behold a Mammoth crowd of supporters chanting and hailing him.

Though the crowd was not as big as much as the one that pulled out when  the APC presidential candidate Muhammadu Buhari visited two weeks ago, the Atiku team said what they saw exceeded their initial expectations.

"I feel like shedding tears here," says Atiku who was all through dancing and waving at the crowd. 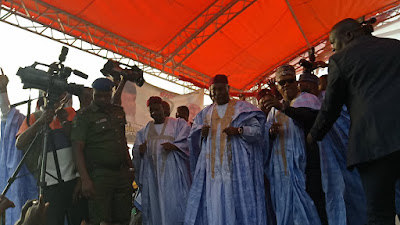 He promised to end insecurity, poverty and return the displaced people to their communities once elected come February 16th.

He said he would do as he promised because the APC failed in their promises made some three and half years ago.

Candidate of the PDP for governorship, Muhammed Imam, was officially handed the PDP flag by the party's national chairman, Uche Secondus,  to confirm his candidacy. 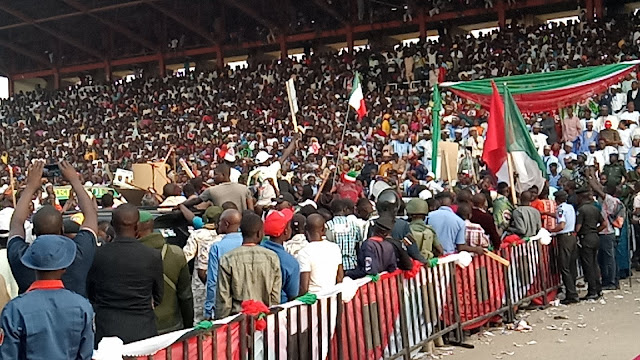 Imam thanked the crowd for patiently waiting from morning all through afternoon just to honor and receive Mr Atiku.

"Your resilience here is a confirmation that Borno is indeed the home of PDP and insha Allah (if God wills) we shall vote out APC both at the state and national level," he said.