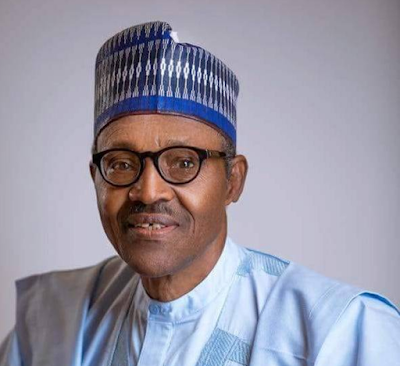 President of Nigeria,
Muhammadu Buhari, in a Natioanl Broadcast on Thursday night said
under his watch, Nigeria and the international community  should be assured of peaceful and violence free elections.

He specifically said the dusts of possible electoral violence  being raised by some persons across the country is coming from those preparing the ground to discredit the elections.
He said having been a product of a peaceful electoral process some three years and nine months ago, he would not preside over an election that is not credible.
He specifically called on the youth not to allow themselves to be used for violence and distribution.
He said those who had lost the argument in the debate for visioning a better Nigeria are afraid of losing the elections.
Below is an excerpt from his address:
"Fellow Citizens,
"On Saturday, February 16, 2019, you will, once again, be called upon to choose the leaders who will pilot the affairs of our great nation for the next four years. This is a constitutional right which should be freely exercised by all eligible voters.
"I wish therefore to start by assuring all Nigerians that this Government will do its very best to ensure that the 2019 elections take place in a secure and peaceful atmosphere.
"It was indeed such free, fair and peaceful elections that made it possible for our Government to emerge, despite the fact that we were contesting against a long-standing incumbent party.
"And as your president and a fellow Nigerian, I ask that you come out and queue to fulfill this important obligation you have to yourselves and your fellow citizens – and to our common future.
"Let me at this point, reaffirm the commitment of the Federal Government to the conduct of free and fair elections in a safe and peaceful atmosphere. Just yesterday, I signed the Peace Accord alongside 72 other presidential candidates.
"I want to assure all Nigerians, the diplomatic community and all foreign election observers of their safety and full protection. Any comments or threats of intimidation from any source do not represent the position of the Federal Government of Nigeria.
"As Government has a critical role in maintaining the democratic traditions, so do citizens. I therefore urge you all, as good Nigerians, to take a personal interest in promoting and maintaining peace in your respective neighbourhoods during the elections. This is certainly not a time to allow personal, religious, sectional or party interests to drive us to desperation.
"At this point, I want to make a special appeal to our youth: Do not allow yourselves to be used to cause violence and destruction. The people who want to incite you are those preparing the ground for discrediting the elections. Having lost the argument, they fear losing the elections.
"When you elected me in 2015, it was essentially in consequence of my promise of CHANGE. We committed ourselves to improving security across the country, putting the economy on a sound footing and tackling rampant corruption, which had in many ways become a serious drawback to national development."