#NationalBroadcast: How we have revitalized Nigerian economy, boost productivity - Buhari 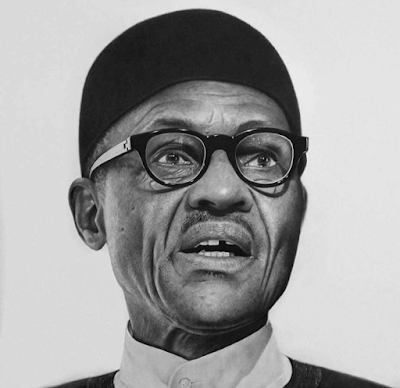 The economic recovery that we promised is well underway, as demonstrated by the recently released statistics. In 2018, the economy grew by 1.93%, with the Fourth Quarter growth being 2.38%, up from 1.81% in the Third Quarter.
20.   Remarkably, the strong economic performance was driven by the Non-Oil sector, which grew at 2% as at full year. Indeed, Non-Oil growth rose to 2.7% in the Fourth Quarter of 2018, up from 2.32% in the Third Quarter. These results further underscore our commitment to diversifying the economy away from the past dependence on Oil.
"Other indicators confirm the economy’s steady recovery. Our monthly food import bill has declined from $664 million in January 2015 to $160 million as at October 2018. Inflation fell from 18.72%  in January 2017 to 11.44% in December 2018. Our External Reserves have risen from $23 billion in October 2016 to $43.12 billion as at 7th February 2019.

"Now that the recession is well behind us, our next task is to redouble our efforts, accelerate the growth and use it to create even more jobs for our people.
23.   The Executive Orders, No. 5, and No. 7 issued by me, and the recently approved National Infrastructure Maintenance Policy demonstrate our commitment to accelerated job creation and infrastructure development.

"We believe that Governments cannot simply proclaim jobs into existence. Job creation will only expand as a result of economic policies that enable the private sector to flourish, and this is the approach our Administration has taken.

"Executive Order No 5, which Promotes Nigerian Content in Contracts, as well as Science, Engineering and Technology, will preserve and prioritize job creation for our citizens.

"It responds to the demands of manufacturing and industrial complexes which wish to construct access roads without waiting for government, so long as they are allowed to recover the cost from taxes they would have paid to government.

"We expect that this approach will boost industrial expansion and rural development, consequently creating more jobs for our people.