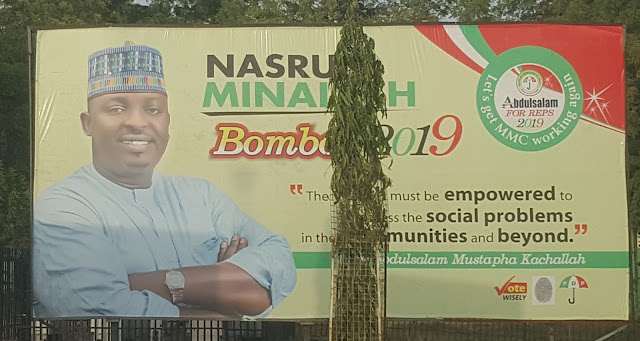 Ordinarily, in every political contest of most  states in Nigeria, the race for the governorship is always the biggest and  toughest. Some times it is how the gubernatorial contest turns out that determines how other elective public officers are voted.

But that does not seems to be the case for Borno state  in the current electioneering season.

The biggest and the most intriguing contest in Borno today is the battle for the House of Representatives seat of Maiduguri Metropolitan council  (MMC) federal constituency.

It is so, not because  MMC has the largest concentration of voters, amongst other federal constituencies, but clearly because of the characters in contest.

Of course, everyone is aware that the two main political parties in contest are the All Progressives Congress (APC) and the People's Democratic Party (PDP).

Mr. Rahis, a former youth leader of the ANPP who in 2015 got a ticket to contest the House of Reps seat on the platform of the then new APC is now being challenged by formidable rank of candidates of various parties. 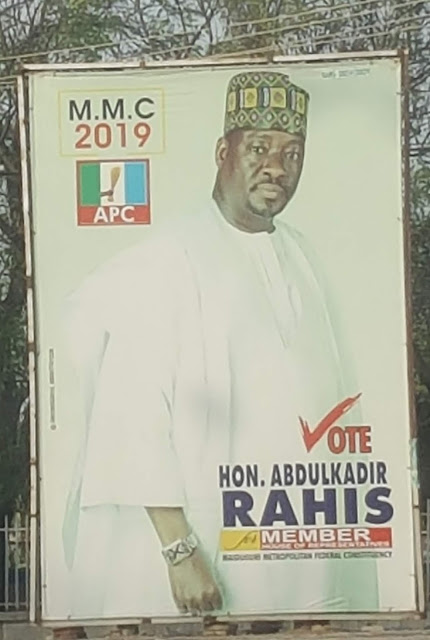 The Issues:
Most of those in opposition to APC's Mr. Rahis consider him as not too qualified to represent the federal constituency in the first place. They felt MMC is too advanced to be represented by one whose academic background is not so impressive.
But Mr. Rahis' supporters are of the strong believe that he has the leadership quality and generous heart, has so far represented them well and must be re-elected at all cost.
As a matter of fact it is almost a taboo for Rahis' supporters to see him lost the election, not to even mention to an opposition PDP candidate.

Those in support of Mr. Kachalla also see it as mission to push out the incumbent because, to them, Kachalla's candidacy and pedigree trumps that of the incumbent.

The Campaign:
In the last few weeks, the two camps have been at each others nerve doing all sort of things - mostly uncalled for, to discredit one another.

From physical fighting, pulling down of the opposition posters, name calling, use of thugs, and unbridled use of money, the two camps seem unyielding.

While the incumbent continue to demonstrate what can best be described as show of force, the opposition party too tries to measure up, though with a little deplyment of maturity - a tactics that has helped shored up their popularity.

In Maiduguri, no one talks much about the gubernatorial actors like that of the MMC reps seat contest.
Analysts said the attitudes and ferocious campaigns of the two federal House of Reps candidates will most certainly affect the winning chances of other candidates - like the senatorial and governorship candidates.

ThrowBack:
In 2011 similar tough contest came up in MMC during which opposition candidates came from the rear and swooped both the Senate and House of Reps seat from the then incumbent ruling political party. The impact of the House of Reps and senatorial contest then, nearly robbed the then ruling party its 12 years grip on power.

Though political contest and election outcomes are not cast on stones, who says history doesn't have a way of repeating itself.

The Big Concern:
But the chief concern of the general members of the public who earnestly crave for a better and qualitative representative beyond 2019 is the rising tension and the fear of the escalating  violence as the days of election counts down.
No one can pretend about this ominous #EarlyWarningSigns of #ElectoralViolence.