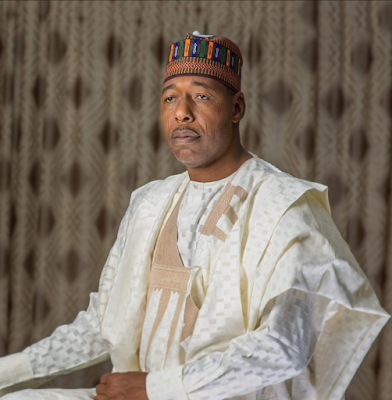 In the next few hours, citizens of Borno state of voting age will file out to cast their vote for the next man who will take over the rein of power as the executive governor of Borno state.
A franchising decision that cannot be reversed, except by God, until after four years.
Ordinarily, no one seems sure of where the majority of the deciding votes will go until the final casted ballot is counted.
But in the present context and judging from the evolving political dynamics especially in the last  countdown hours to the election, one cannot but hazard a bet with life that the candidate of the All Progress Congress (APC), Professor Babagana Umara, straddles comdortably on the chariot of victory as he gallops towards Government House, Maiduguri.
Without being immodest, one can say the election  that will commence this morning is nothing but a fulfilment of perfunctory formality.
For the first time in the anals of gubernatorial polls in Borno state, the people are going into an election without much anxiety. The winner has been decided long before the ballot papers are even designed.
A man, who is almost self-made, who has been carefully placed on a sure path of destiny is about to emerge as the 8th executive governorof Borno state.
This is not in anyway written to undermine the candidacy of other gubernatorial flagbearers in Borno state, especially the candidate of the opposition People Democratic Party (PDP), Honorable Muhammed Alkali Imam.
No.
Those who know Mr. Imam, cherish him well for his large heart, his generosity, his doggedness, and his shared love for Borno state. He is indeed a formidable candidate in this 2019 contest.
But who can be so blind to the fact that Imam's ranks of lieutenants who are helping him to fight this war has been grossly decimated.
Most of those who made his campaign thick have either left him and yielded to the trappings of the ruling government, or for the lack of what they crave in politics - money.
Leading in this political  poaching escapade is the state governor, Kashim Shettima.
Mr. Shettima has in the last few hours done something many Nigerian politicians find difficult to achieve on an election eve. He has piece by piece stripped Mr. Imam of all those that make him thick.
From Kaka Bolori, Mr. Imam's Campaign Director General who defected to APC barely 24 hours after he was inaugurated, to the Secretary of the PDP who led other executives to dump the PDP, down to the celebrated defection of PDP's most popular member, Abdulsalam  Kachalla alias Bomboy, a house of reps candidate,  Mr Shettima literally left no stone unturned to ensure a smooth victory for his anointed successor.
As it is presently, there is no any hurdle placed before Professor Umara, that has not been cleared by his grand leader, Government  Shettima.
Above all, his enviable and reapected resume precedes even his candidacy.
Professor Umara, an unassuming accidental politician is about to assume a stature that will not only impart on his being but  on over 4 millions citizenry of Borno state.
In carrying out this onerous  responsibility, Professor Umara must remain unchanged. He must constantly  remind himself, each day, of his place in the world, that he must remain eternally humble while still pursuing excellence in the task before him.
For it is said that real genius is nothing else but the supernatural virtue of humility in the domain of thought.
Professor  Umara has no option than remain grateful and humble because a  grateful heart, according to  Thomas Faust,  "is a beginning of greatness. It is an expression of humility.
It is a foundation for the development of such virtues as prayer, faith, courage, contentment, happiness, love, and well-being.