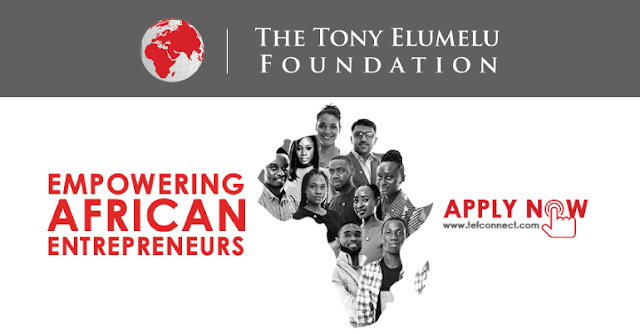 The United States Government, through it's consulate in Lagos has sponsored 20 young Nigerian entrepreneurs across 10 states to participate in the 2019 edition of the Tony Elumelu Entrepreneurship Program.

The Chief Executive Officer of the Tony Elumelu Found,   Efeyinwa Ugochukwu, revealed this at a media briefing held in Abuja ahead the unveling of the 2019 Entrepreneurship Program.

Mrs Ugochukwu also said for the first time, a Nigerian state government has also keyed into the Entrepreneurship Program.

Enugu state is sponsoring 15 young entrepreneurs in the training.
Speaking at the press conference, cohosted by the Chairman of the Foundation, Mr. Tony Elumelu, the CEO said the annual Entrepreneurship development program targets 10, 000 youths across the 54 African countries within ten years.

She said what makes the 2019 edition a bit unique is the buy-in of government and other outside sponsors.

She commended the Indorama group for taking lead in sponsoring at least 10 young persons into the program, and for sustaining the sponsorship for some years now.

“We have always advocated for a collaboration between the public and private sector and this partnership exemplifies our conviction that working together to empower African entrepreneurs is the only way to create sustainable economic development on the continent,” said Mrs Ugochukwu. 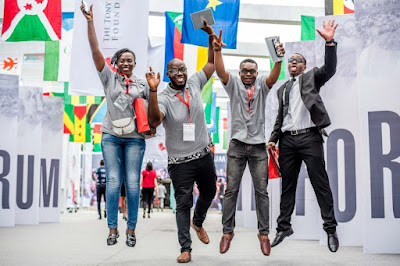 Established in 2010, the Tony Elumelu Foundation (TEF) is the leading philanthropy in Africa championing entrepreneurship and entrepreneurs across the continent.

The Foundation’s long-term investment in empowering African entrepreneurs is emblematic of Tony Elumelu’s philosophy of Africapitalism, which positions Africa’s private sector, and most importantly entrepreneurs, as the catalyst for the social and economic development of the continent.

The Foundation’s flagship initiative, theTony Elumelu Foundation Entrepreneurship Programme, is a 10-year, $100 million commitment to identify, train, mentor and fund 10,000 entrepreneurs, capable of changing the face of business across Africa.