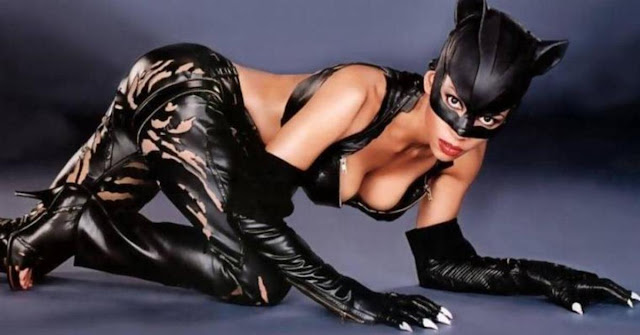 In 1989, Halle Berry was living in a homeless shelter in New York City.

In 1991, she made her big screen debut in Spike Lee's critically acclaimed Jungle Fever, and in 2002, she became the first black woman to win the Academy Award for best actress for her mesmerizing turn in the slow burn Southern drama Monster's Ball.

At the age of 36, Berry was sitting firmly at the top of her profession. So with her acting prowess and a seemingly long career ahead, where did it all go wrong? Let's take a deep dive into why Hollywood isn't infatuated with Berry anymore.

It all started with Gothika 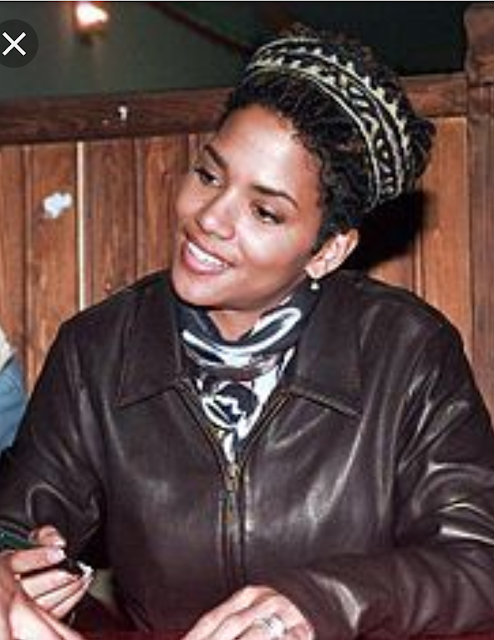 After a few supporting roles in studio tentpole films, Berry's first leading role following Monster's Ball was as a psychiatrist accused of murder in the psychological horror thriller Gothika.

Although it made a respectable $141.6 million at the box office, the movie was a critical disaster.

Empire  called it an "overwrought horror movie that lavishes budget and production design on a screenplay that should never have seen the light of day."
Okay, so she made a bad movie, but who hasn't? At this point, it seemed like Berry simply needed to pick better projects, right?

Then Catwoman happened
Yes, that Catwoman. Initially designed as a Michelle Pfeiffer and Tim Burton spin-off that died in development hell, Berry eventually donned the ears in 2006 and delivered one of the biggest box-office bombs ever produced.

Making just $40 million domestically on a $100 million production budget, Catwoman was ripped to shreds by critics, nominated for seven Razzies, and made studios scared to pull the trigger on a female-lead superhero movie for almost 15 years. In a 2016 Facebook Live interview with Business Insider, Wonder Woman director Patty Jenkins (who pitched her 2017 superhero film to Warner Bros. in 2007) was asked why her girl power blockbuster took so long to get made.
Spoiler: Catwoman was referenced.

The only good thing for Berry to come out of Catwoman was her $14 million salary. We hope that cushioned the blow.
She accepted her Razzie in person

Not many actors have the courage to accept their Razzie in person, but Berry did just that at the 25th Annual Golden Raspberry Awards. With her Academy Award in hand, Berry lampooned her Oscar acceptance speech and thanked Warner Bros. "for casting me in this piece-of-s**t, god-awful movie." She didn't stop there. "I'd like to thank the rest of the cast," she continued. "To give a really bad performance like mine, you need to have really bad actors."

There's something to be said for accepting defeat graciously, but I expect the studio probably wishes she had not.
A run of flops ensued 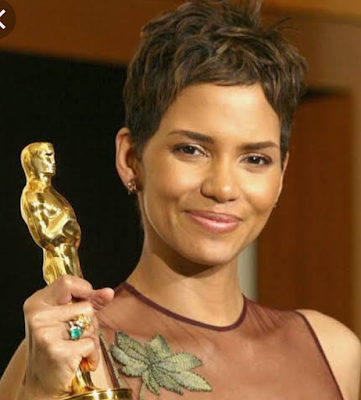 After doing voiceover in 2005's animated Robots and donning a superhero suit for the last time in 2006's X-Men: The Last Stand, it felt like the timing was right for Berry to return to the screen as a leading lady again. Alas, that didn't work out. At all.

What followed instead was a series of flops. In 2007, it was Perfect Stranger, in which "Berry does her utmost to maintain poise while treading around the mess," per Empire.

Also that year, she starred in Things We Lost in the Fire, which grossed only $3.2 million domestically.

In 2010's Frankie & Alice, Berry plays a stripper with multiple personality disorder. That flick earned only $695,000 domestically. The year 2012 was no better for Berry: Dark Tide made $432,000 on a $25 million budget, and Cloud Atlas was considered one of the biggest flop of the year. The next year, Berry appeared in Movie 43 and The Call, which also failed to make a mark.

Needless to say, that was not a great run. Even though reviews for the aforementioned films often didn't place the blame squarely on Berry, the end results certainly didn't do her any favors in Hollywood.
Her personal life is a bit messy 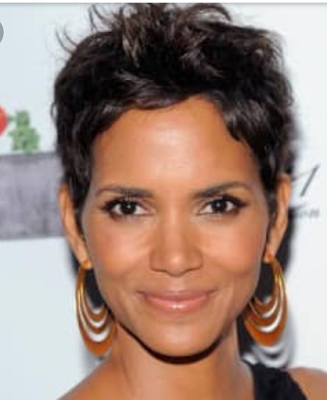 Berry's personal life has been a source of tabloid fodder for years. Her 1993 marriage to baseball player David Justice ended with her contemplating suicide, and her marriage to singer Eric Benet concluded with him checking into rehab for sex addiction. Her relationship with French model Gabriel Aubry concluded with a tumultuous child custody battle that put Berry on the hook for $20,000 a month in child support.

Her third marriage to actor Olivier Martinez also ended in divorce after two years.
While plenty of celeb relationships spawn messy headlines, Berry's personal drama may have overshadowed her professional pursuits and made some studios hesitant to work with her.

Extant was a huge disappointment.
Extant had all the makings of a breakout TV hit: executive produced by Steven Spielberg, named one of the "Most Exciting New Series" by the Critics' Choice Television Awards, and starring an Oscar-winning actress. It was sure to be a smash, except it wasn't.

The series was canceled after two seasons. According to Variety, Berry's project "was the lowest-rated of three CBS original dramas [that] season." Ouch. 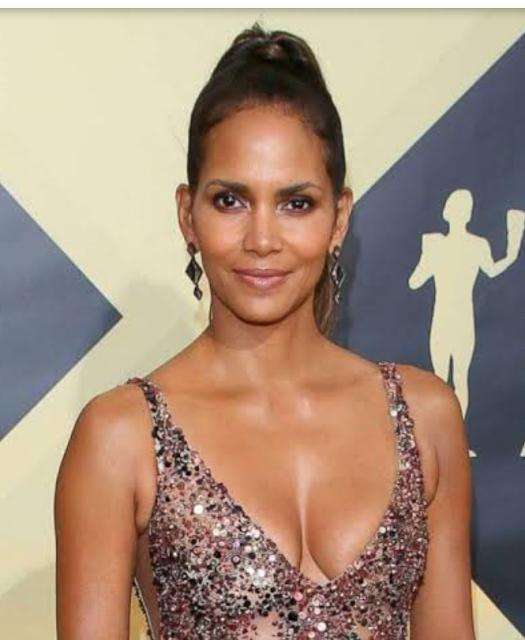 After an actor wins an Academy Award, he or she typically commands their choice of projects. Some choose wisely; others not so much.

Berry obviously falls into the latter camp. In fact, her post-Oscar work was so rough that she became the poster child for struggling Academy Award alumni. IndieWire even compiled an article titled, "The Halle Berry Effect: 10 Terrible Films Made By Actors After They Won Their Oscar."

When your career becomes a cautionary tale for other actors, that's not a good thing.
She may be hindered by Hollywood's diversity woes 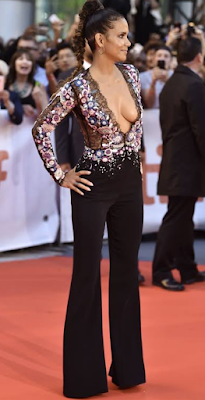 Speaking at the 2016 Makers Conference, Berry called out Hollywood's lack of diversity within its projects. "Our cities are filled with black and brown people.

And many times, unfortunately we see films set in Chicago, New York, Atlanta, and big metropolitan cities and [they're] void people of color. Or they are the people passing in the background that really aren't significant," she said (via E! Online).

A study conducted by the USC Annenberg School for Communication and Journalism found that in the top 100 films of 2016, 71 percent of all speaking parts were white, reported Variety.
While Berry has been criticized for choosing her post-Oscar projects poorly, perhaps the bigger problem is that she had very little choice in the matter.
Ageism:- 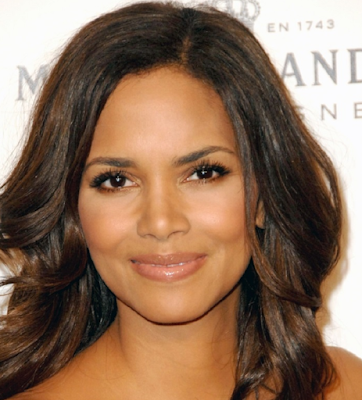 Nollywood seems to have plenty of opportunities for male actors after they hit 50. Look at Keanu Reeves and his John Wick franchise or Liam Neeson and his string of Taken and Taken-esque films. Unfortunately, that's not the case for actresses.

Combine Hollywood's aforementioned diversity issues with Berry entering her fifties, and one can make an educated guess as to why we don't hear much from her anymore.

Other Oscar winners have spoken up about this problem in the past. "It's f**king outrageous," Helen Mirren told The Wrap after learning that 37-year-old Maggie Gyllenhaal was supposedly too old to play the wife of a 55-year-old actor. "It's ridiculous … We all watched James Bond as he got more and more geriatric, and his girlfriends got younger and younger. It's so annoying." (Ironically, Berry was once one of those Bond girls.)
She's making 'low-budget schlock'

Considering her formidable talent, it's frustrating to see Berry flounder in mediocre roles such as 2013's The Call and 2016's Kidnap.

"These sort of tacky, exploitative films used to star white women in the '70s and '80s, so it represents some sort of progress that Berry can portray them now, but this type of genre needs a good director with a strong point of view coupled with an excellent script to rise above genre clichés," wrote Ira Madison in a Daily Beast article titled "Make Halle Berry Great Again."

According to Madison, she's "making low-budget schlock that studios hope they can pump out to rake in a few dollars in the waning days of summer."

It's hard to argue with that sentiment. These just aren't projects for an Oscar-winner. However, it isn't too late to turn it all around.
What's next? 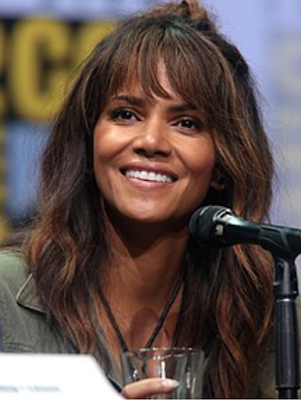 Berry's career challenges are likely a combination of poor personal choices and systematic issues within the industry as a whole, but where there's a will, there's a way, and Berry may have found the way forward.
In 2014, she co-founded 606 Films, a production company that could be the change she wants to see in Hollywood. According to Variety, the company is named after California Senate Bill 606, which strengthened protection for celebrity children from aggressive paparazzi. Berry "fought so hard for" that legislation "when no one believed it could be achieved," business partner Elaine Goldsmith-Thomas told Variety. "It truly informs the spirit of our company — making dreams possible, one bill at a time."
But don't count her out of making a big-screen comeback, either. In May, 2018, it was announced that Berry would have a major role in John Wick 3, playing a character known as Sofia. The John Wick movies have already helped revitalize star Keanu Reeves' career, so it wouldn't be much of a surprise if Berry sees her Hollywood fortunes turn around in a similar way. Could this be the role that brings Berry back onto the showbiz A-list? We'll have to wait and see for sure.
Read More: https://www.nickiswift.com/106140/hollywood-wont-cast-halle-berry-anymore/?utm_campaign=clip