Showing posts from April, 2019
Show All

Not so good, not so bad: Maiduguri"s homegirl's first flying experience 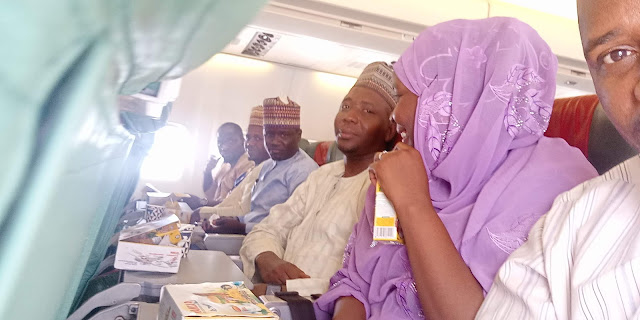 By Blogger-in-Chief
Dateline was Wednesday, 25th April 2019. I was booked for a trip to attend a review meeting on gender-based reporting by young journalists organized by Paged Initiative, a local NGO in Abuja.
With about two decades in journalism, I'm obviously not a young journalist. My role in the meeting was that of a mentor. The young journalists our mentee.
My flight was booked from Maiduguri by Paged Initiative. And at about 1.30pm, I headed for the airport.
But no sooner had I arrived than I realized that I wasn't the only one going for the meeting in that Azman Airplane. Eight other persons were also attending the same meeting.
Our tickets were jointly booked.
At the airport, I met seven mentees; Usman, Kaumi, Junaid, Fatima, Aisha, Hajara and Abbakaka, alongside Ummi, the CEO of Paged Initiative and her hands-on staff, Zanna.
It was indeed a wow crowd. Pleasantries were exchanged with lots of longtime-no see catch-up chats.  Most of us usually meet only at work sit…
1 comment
Read more

Volodymyr Zelensky: Ukraine's President-Elect who acted the role on TV before he was eventually elected 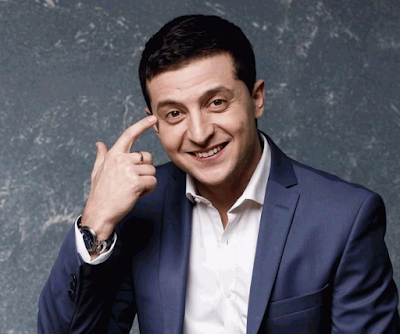 By Blog Editor People usually dream about what they want to be in life and they work towards achieving it. Barrack Obama, George W Bush and some other notable world leaders have dreamt and aspired tenaciously to eventually become what they have achieved in their lives. But in Ukraine, it seems, people don't only dream about the political role they want to play, they even go a step further to act the role in film's and TV shows. That has been the story of Volodymyr Oleksandrovych Zelensky, the President-Elect of Ukraine. As a comic actor Mr. Zelensky became more popular when he featured as a president in a 2015 Ukrainian TV series titled 'Servant of the People' - TV series that would later become the name of his political party. People thought it was just a comic series but some power brokers saw a president that they probably so much needed in Mr Zelensky. Four years later, the comic actor formed a political party, Servant of the People, and ran for the number one o…
Post a comment
Read more 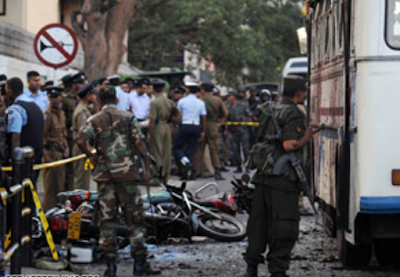 By Blogger-in-Chief
The CNN and other notable cable TVs are reporting that at least 156 people have died and over 560 badly injured as multiple bomb blasts hit  hotels and churches across Sri Lanka at about 9am on Sunday morning.

The latest of the bombings occurred at about 10.30 as the attackers continued to target major churches and high-end hotels in the Asian country.
So far, according to Aljazeera, there were eight bomb attacks across cities in Sri Lanka. According to CNN the explosions occurred during Easter services at churches in the cities of Colombo, Negombo and Batticaloa.
"Additional blasts ripped through three hotels, the Shangri La, Cinnamon Grand and Kingsbury Hotel, all in capital city Colombo, according to state broadcaster SLRC," CNN's  Sugam Pokharel and Euan McKirdy reported.
They said "at least 20 foreigners are among the dead in Colombo, according to hospital Director General Anil Jasinghe."
The police has no idea yet  on what the motiv…
Post a comment
Read more

By Blogger-In-Chief Northern Nigeria's popular Hausa Vlogger, Muneerat Abdulsalam, famous for her raw comments  about sex, lovemaking and marriage had recently re-embraced Islam and decided to put a stop to her controversial YouTube videos. Going by her name, Muneerat Abdulsalam,  no one doubts her Islamic background. But the unapologetic sex educationist, had for some times of her life, parted ways with her religion due to some personal reasons which she once  attempted to explain in one of her YouTube posts. Her video content, though had generated a lot of followers for her YouTube channel, also placed her on a negative light in the eyes of many northerners - both Muslims and Christians. Some Muslims in the North felt she was giving Islam a negative representation because her names suggested she is a born Muslim lady. But Muneerat who was unapologetic with the way she used profane words and vulgarity to pass message,  like mentioning the private parts with it's real name, an…
Post a comment
Read more 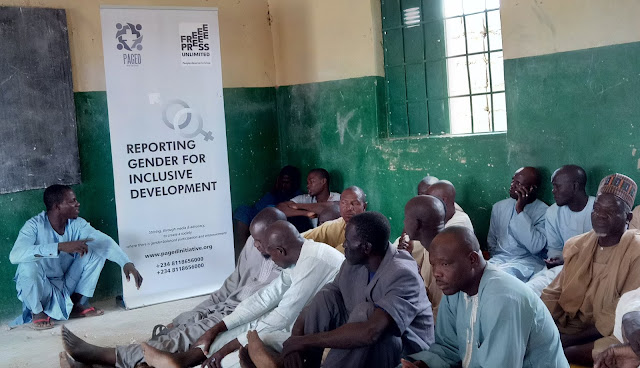 By Abdulkareem Haruna
(Blogger-In-Chief)
The Boko Haram insurgency has already entered it's tenth year since a stonewalled group of Islamic extremists in Borno state  picked up arms against the state and those they consider infidels. The conflict has since 2009, when it started, claimed about 200, 000 lives on both sides of the war. According to the UNHCR latest data "a total of some 2.5 million people are displaced across the Lake Chad region including more than 1.8 million inside Nigeria." Stories have been told by the media of attacks by Boko Haram destroying communities, displacing women and children and on how their lives were reduced to the  inconveniences of the IDP camps. But there are many gaps of unreported detail left out  by the mainstream media. The stories of survival; of life after rescue from Boko Haram dens; of thousands of children orphaned by the conflict, and of women widowed before their prime. Little has been reported or heard of these poor folk&…
Post a comment
Read more
More posts