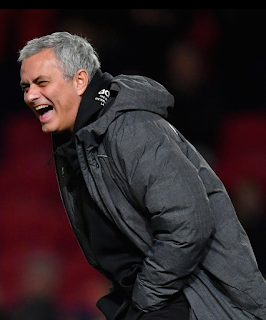 By Blog Editor
Sacked coach of Manchester United, Jose Mourinho, may have finally clinched another coaching opportunity, five months after he lost his job.
Mr. Mourinho was sacked by Manchester United after a woeful outing during the last season.
Former Chelsea striker, Chris Sutton, has claimed that the controversial Mourinho was offered the chance of becoming Celtic's new manager.
The Portuguese football coach was earlier sacked by his former club Chelsea for deteriorating outings before he moved to coach Man-U.
Metro Times gathered that though the Celtic board of management has not finally confirmed the development, the 56-year-old had echoed his desire to return to management this summer even as he optimized that "it would be in a league that motivates him."
But Sutton quickly added that it wasn't only the  Portuguese coach that was presented with the opportunity of coaching the Scottish giants next season.
"There's going to be a lot of managers in for it (the Celtic manager's job)," Sutton was quoted by Manchester Evening news as saying.
"Mourinho was heavily linked and I'm led to believe that there was something in that in terms of there being an offer.
"But why would he take the Celtic job? I just don't get it. I don't know the exact terms but there was an offer."
Barring later changes, it seems the coming season, with a Jose Mourinhob promises to be an exciting one